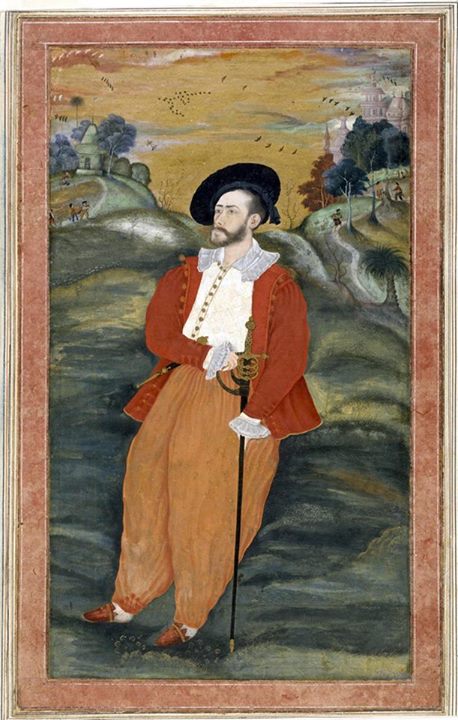 Digital Rare Book:
The Embassy of Sir Thomas Roe to the court of the Great Mogul, 1615-1619, as narrated in his journal and correspondence
By Sir Thomas Roe
Edited by William Foster
Printed for The Hakluyt Society, London - 1899
Volume 1

Image:
This Mughal painting of an unknown European was probably painted in the first half of the reign of the emperor Jahangir (1605-1627). The Western elements of the man's clothes, and the style of his European sword, are broadly dateable to the 1590s, suggesting that the anonymous Mughal artist based his painting on a Western portrait. However, the loose, voluminous trousers are the kind worn by Europeans living in India and adapting their clothes to the climate, making any conclusions about the artist's inspiration tentative.

The painting was bought from Mr Arthur Churchill in 1913 as a portrait of Sir Thomas Roe, who arrived in India in 1616 as the first official English ambassador to the Mughal court, but does not resemble his appearance in authentic English portraits.