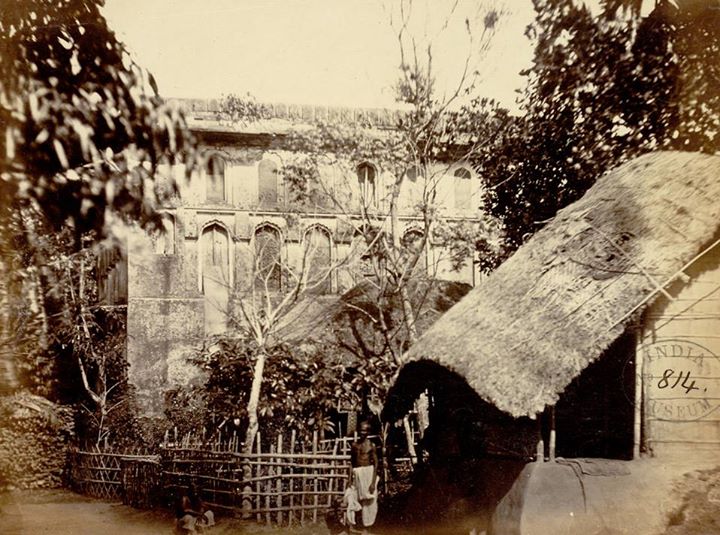 Photograph of the East India Company factory, Painam, Sonargaon in Bangladesh, from the Archaeological Survey of India Collections, taken by W. Brennand in 1872. Sonargaon was a noted producer of the celebrated Dhaka muslins. In the mid-17th century the East India Company established factories in the Dhaka district for the trade of muslin. The building in this view is briefly described in J. Wise, Notes on Sunargaon, Eastern Bengal (Journal of the Asiatic Society of Bengal, vol. XLIII, part I, Calcutta, 1874), p. 91: 'The old Kampani ka kot'hi is a quadrangular two-storeyed, native, brick building, with an arcaded courtyard inside. It was a hired house, and is now occupied by Hindu karmakars, or smiths...' This is a general view of the house, partially obscured by a thatched hut and trees in the foreground.