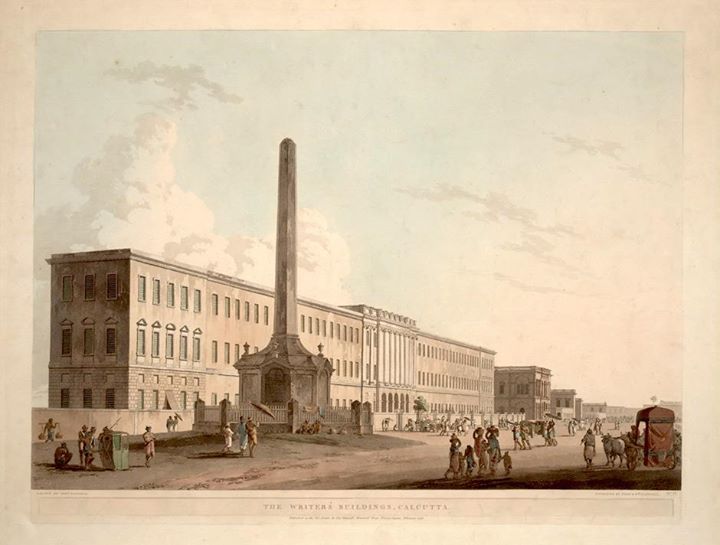 Digital Rare Book:
The Good Old Days of Honorable John Company
Being curious reminiscences during the rule of the East India Company from 1600-1858, complied from newspapers and other publications
By W.H.Carey
Published by Quins Book Co, Calcutta - 1964
First published in 1882

Image:
The Writer's Buildings, Calcutta
Plate 4 from the second set of Thomas and William Daniell's 'Oriental Scenery.' The Writers' Buildings housed the East India Company's servants for their first year in Calcutta. The building was a long range of identical suites built by Thomas Lyon in 1780 on the north side of Tank (later Dalhousie) Square. Beyond it there is the Old Court House. The obelisk in front of Writers' Buildings was erected by Governor Holwell as a memorial for the victim of the "Black Hole" of 1756.

Thank you for the link. Will enjoy reading it.