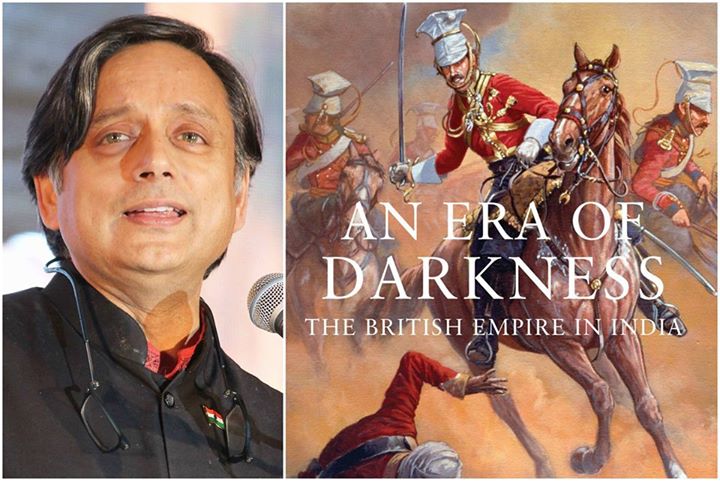 Shashi Tharoor: You can’t revenge yourself upon history, history is its own revenge
By Manik Sharma
FirstPost - Nov 5, 2016

Shashi Tharoor's new book — An Era of Darkness: The British Empire in India — has recently been published by the Aleph Book Company. In Tharoor's own words, with this book, he has "taken all the arguments conventionally made in favour of Empire and systematically countered them". In an interview with Firstpost, the Lok Sabha MP and bestselling writer spoke about why the 'rosy colours' popular histories have used to paint the British Empire needed to be wiped away:

Firstpost: In talking about the book I go back to a debate that I saw you participate in on the BBC, right after the speech at Oxford, in which a lady, present apparently to speak for the ‘other side’ of the argument, began her sentence by saying ‘I have read about this’ which only implied the passable nature of the knowledge Britons have about the Empire’s history. Why do you think that is? Why hasn’t it changed, and will it ever?

Shashi Tharoor: Deliberate historical amnesia. As an article this week by the Pakistani writer Moni Mohsin points out in The Guardian, the Brits simply don’t teach their own schoolchildren the truth about their colonial past, so most Britons don’t know how much an apology is needed. Many Brits are genuinely unaware of the atrocities committed by their ancestors, and live in the blissful illusion that the Empire was some sort of benign blessing for the ignorant natives. There’s been a lot of self-justificatory mythologising in Britain about the colonial era. A lot of the popular histories of the British Empire in the last decade or two, by the likes of Niall Ferguson and Lawrence James, have painted it in rosy colours, and this needed to be challenged. Popular television shows tend to focus only on the romanticized aspects of the Raj. All this explains their ignorance — but does not excuse it.

Focusing on the East India Company alone (of which William Dalrymple has comprehensively written in isolation about) it is ironic that people on the other side of the argument cite India’s corruption post-independence as justification for the Raj’s sins, despite the company's own corrupt practices and considering the efforts it took the British Parliament to assume control of the project. But beyond that, though (history as was under the Empire), do we have a counter-argument to offer in the 'present'? Would you agree that we have let ourselves down in that context?

First, one set of failings do not excuse another, let alone justify them. Two wrongs don’t make either one right! Second, the East India Company’s extraction and expropriation of India’s national wealth was both corrupt and destructive of India’s economy, whereas some post-independence corruption actually facilitated the growth of India’s economy. Third, despite our post-Independence failures we have achieved a lot more in 70 years for our people than the British did in 200. The British left us with 16 percent literacy, we’ve taken it to 82 percent; the British left us an India with 90 percent below the poverty line, today it’s 26 percent. From 1900-1947, the Indian economy grew at less than 0.1 percent — in effect, not at all; whereas today we are growing at over 6 percent. And so on… Given that the British took one of the richest countries in the world and left it as one of the poorest, we’ve come a long way and have much to be proud of.

" the East India Company’s extraction and expropriation of India’s national wealth was both corrupt and destructive of India’s economy, whereas some post-independence corruption actually facilitated the growth of India’s economy." ---- I mean seriously????

Look at earlier books and work by Dharmapal.

It's the victors who pen down history .