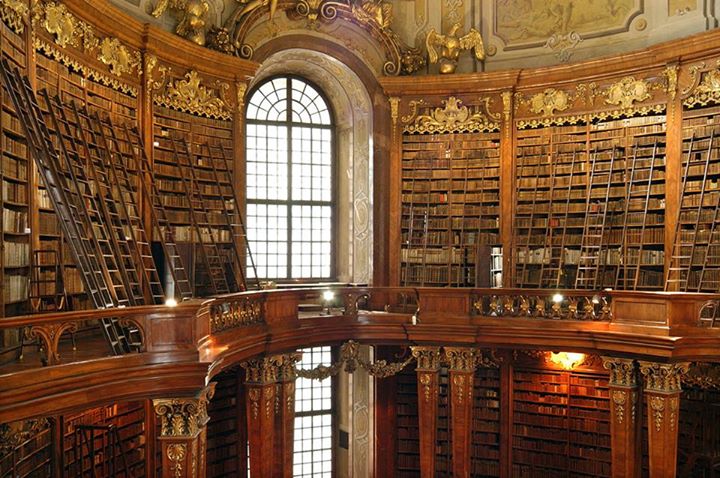 The Austrian National Library (Nationalbibliothek) is first and foremost the country’s largest working library, home to millions of books. It is located in the Hofburg Palace in Vienna; since 2005 some of the collections find themselves in the baroque Palais Mollard-Clary. Hofburg Palace is a palace located in Vienna, Austria, which has housed some of the most powerful people in Austrian history, including the Habsburg dynasty, rulers of the Austro-Hungaria empire. It currently serves as the official residence of the President of Austria. It was the Habsburg’s principal winter residence, as the Schönbrunn Palace was their preferred summer residence.

Founded by the Habsburgs, the library was originally located in the current Prunksaal building and called the Hofbibliothek, changing to its current name after 1920. The Baroque Prunksaal “The splendor hall” of the imperial library on Josefsplatz, with its 200,000 venerable volumes, is primarily an architectural tourist attraction.

Some dreams of mine like this before I die.