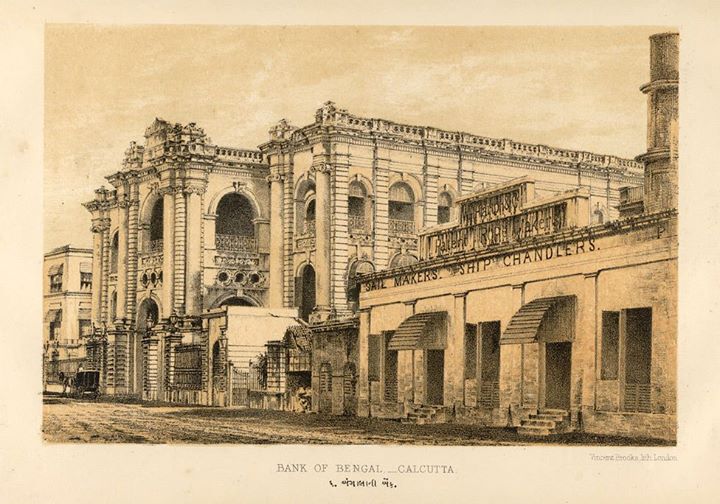 Lithograph of the Bank of Bengal at Calcutta by Vincent Robert Alfred Brooks (1814-85) one of 'Eight views of Calcutta' published in London c.1870. Originally known as the Bank of Calcutta, the bank received its Royal Charter in 1809 and became the Bank of Bengal. In the 1840s the Bank of Bombay and the Bank of Madras were founded and all three were amalgamated in 1921 to form the Imperial Bank of India. The building shown here next door to the bank is Wharton & Co. rope and sail makers and ship's chandlers.

Is it the SBI building now ?

Bank of Bengal. 1899 Strand was known as Somerset Place. Photo could have been taken from a sailing ship on Hooghly.