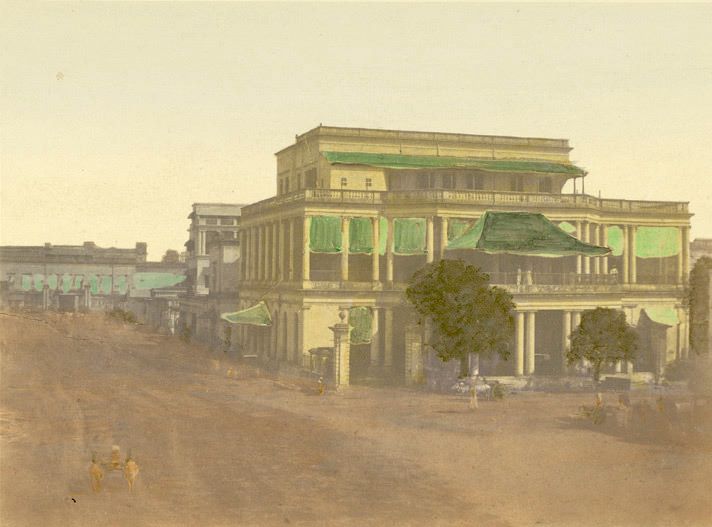 Digital Rare Book:
The Growth of Currency Organisations in India
By Alakh Dhari
Published by The Bombay Chronicle Press, Bombay - 1915

Before the advent of the British era the progress to currency institutions in India followed along the lines of old eastern belief, viz., of full- value legal tender money. The Government mints in pre-British days simply assayed and tested the precious metals and cut the same into convenient sizes. The Government stamp added nothing to the value of a coin but only certified to its weight and purity. There was no token metal or paper currency. This same cult was recognised and continued in the early British days. But when the conquests of science and the advance of modern ideas about economical forms of currency changed the old order of things and new beliefs and principles gained ascendancy, the theory of full value legal-tender money underwent a radical change and the present system of token metal and paper currencies was introduced.

The framers of the present currency system in India have steadily striven to cast it on the Hues of the latest accepted principles of monetary science in Kngland. But, whereas, in England and elsewhere, the artificialities of a token currency are covered by the ample play of a genuine, full-value, gold coinage in the country, the currency policy of India is bereft of such assuaging characteristics. The task of tracing and recording the currency history of India is full of difficulties. It becomes exceedingly hard to trace events from point to point so as to record every successive development in the true light of its own contemporaneous circumstances and keep it free from the reflections and influences oi subsequent events, when, as in the case of India, the whole system is, to a great extent, the result of a series of experiments and has never been deliberately adopted as a consistent whole, and when "the authorities themselves do not appear "always to have had a clear idea of the final object to "be attained."

In describing in detail the gradual growth of the different branches of currency institutions in India, I have endeavoured to present the official view and actions in the most liberal light and, where the popular view differs from the official one, to give expression to the people's beliefs and wishes with unflinching truth and straight forwardness but in a spirit of utmost moderation, loyalty and respect.

Image:
A hand-coloured print of the Oriental Bank, Calcutta, from the Fiebig Collection: Views of Calcutta and Surrounding Districts, taken by Frederick Fiebig in 1851.
Copyright © The British Library Board