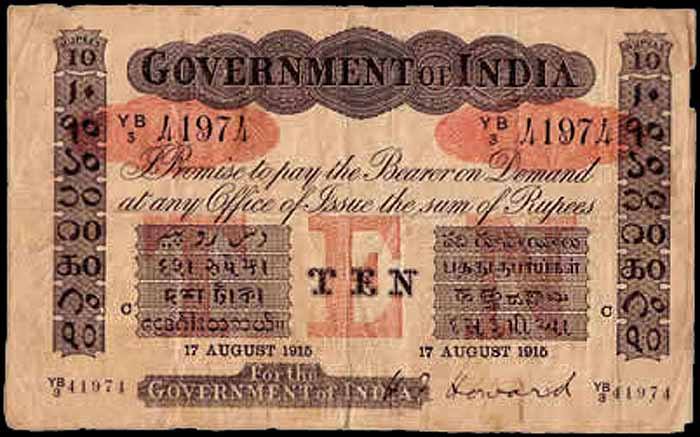 The importance of the study of monetary problems is not sufficiently realised in this country. To a very great extent our leaders ought to be blamed for this apathy and indifference. There is a tendency to look upon these questions as a matter fit only for the specialists and not for the politicians. It should be observed that no great statesman made his mark in public life without a deep study of financial questions. Pitt, Sir Robert Peel and Gladstone, the greatest Prime Ministers of the 18th and 19th centuries, won their laurels as masters of finance. Bismark was as great a financier as a politician. In our own country Mr. Dadhabai Naoroji and the late Mr. R.C. Dutt, our greatest publicists, made a systematic study of our financial questions. In the present generation our politicians, with the solitary exception of Mr. Gokhale, have not made any systematic study of, or given any attention to, financial questions. This is a weak spot in the Swadeshi programme. Banking should be the basis of industrial and economic progress. Germany and Japan, the countries that have made the greatest economic and industrial progress in recent times, first put their currency and finances on a stable and automatic basis before building up their tariff system and industrialism. The Franco- German war was fought in 1870 and in 1871. Bismark, with the proceeds of the war indemnity extracted from France, adopted a gold standard, established the Imperial Bank of Germany and laid the foundations of German Industrial progress.

In European and American countries there is a vast number of able minds at work on their financial problems. Mr. Bagehot says : "There never was since the world began so high and massive a brain power applied to any one question as is applied to these questions in England." I do not propose to-day to deal exhaustively with the present problems of currency and finance that are agitating the public mind and which formed the subject of the two Parliamentary debates in November 1912 and February 1913. I shall give a brief sketch of the history of Indian currency from the earliest times. The assertion that India has had nothing but a silver coinage from time immemorial (constantly made by ill-informed and interested critics), and that it is not possible to change the inveterate habits of a people, is utterly erroneous. That the people of India have used gold money from time immemorial, preferring gold to silver as currency, is an historical fact beyond dispute. There was no silver money in South India till 1818, when the East India Company forced the silver rupee upon the people for the first time against their will. In 1835 the silver rupee was declared to be the only legal tender throughout India, while gold coins were allowed to circulate at their market value and received in the Government Treasuries for public dues. In 1853, Lord Dalhousie demonetised the whole gold currency of India. It was reserved for the British to accord silver the present dominant position it now holds in the currency. During the centuries of the Gupta and Kushan dominations large issues of gold coins were struck, specimens of which still exist in hundreds. The early Pandya and Chola coinage consisted exclusively of gold, with tiger and fish emblems. During the predominance of the Chalukya dynasty several forms of gold pagodas were issued some bearing the designs of conch and discus and some of the god Vishnu on them. When Hyder Ali of Mysore conquered the Polygars, he issued gold pagodas with the picture of Parvathi and Siva on one side and his initials on the other. In North India the Hindu coinage consisted exclusively of gold. It was the Pathan Kings, who issued the gold mohur and the silver rupee together. Akbar issued a splendid coinage in gold and silver, and Jehangir issued the remarkable zodiacal gold mohurs and silver rupees as well as those famous bacchanalian gold mohurs, on which he is represented as holding the winecup. The Maharajas of Indore and Nepal, the Peshwas and Sivaji, issued gold coins with Sanskrit inscriptions.