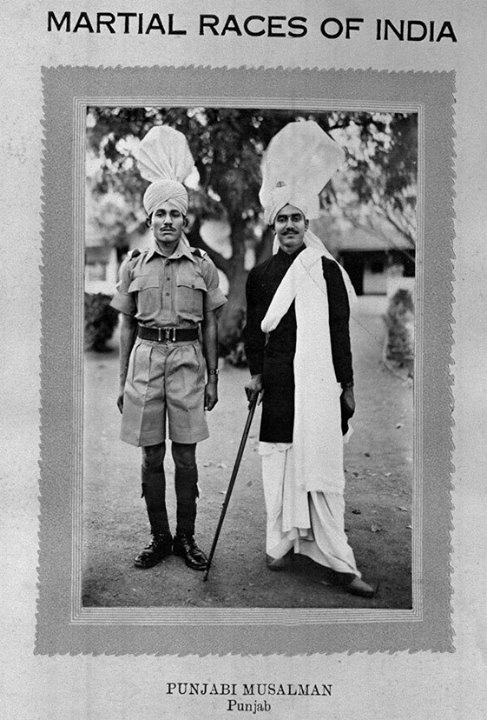 Digital Rare Book:
Panjab Castes
Being a reprint of the chapter on "The races, castes and tribes of the people" in the report on the census of the Panjab published in 1883
By Denzil Ibbetson (1847-1908)
Printed by the Superintendent, Government Printing, Lahore - 1916

The martial races theory was based on the racist assumption that certain Indian peoples were more martially inclined than others. The geography and culture of these peoples supposedly had common characteristics, such as hilly and mountainous terrain, a basis as hunting or agricultural societies and a history of warfare. These groups were also said to be politically subservient and docile to authority. Most came from northern India, including the Moslems of the Punjab. Unlike the martial races, the inhabitants of southern and eastern India were supposedly unwarlike, unfit for military services and prone to political agitation.