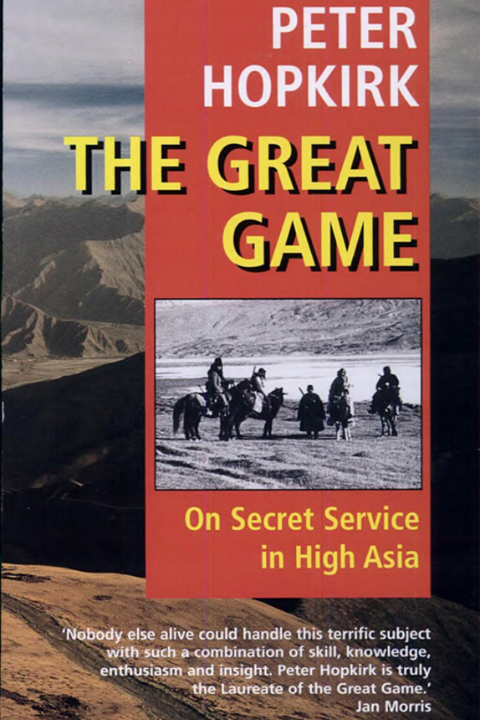 For nearly a century the two most powerful nations on earth - Victorian Britain and Tsarist Russia - fought a secret war in the lonely passes and deserts of Central Asia. Those engaged in this shadowy struggle called it 'The Great Game', a phrase immortalized in Kipling's Kim. When play first began the two rival empires lay nearly 2,000 miles apart. By the end, some Russian outposts were within 20 miles of India. This book tells the story of the Great Game through the exploits of theyoung officers, both British and Russian, who risked their lives playing it. Disguised as holy men or native horsetraders, they mapped secret passes, gathered intelligence, and sought the allegiance of powerful khans. Some never returned.

The British called it the Great Game. So did the Russians ( Bolshaya Igra). The ultimate prize was India. Britain had it. Russia wanted it--or so the British feared; something about a secret deathbed command by Peter the Great to his heirs, which may or may not have been given.

The playing field was Central Asia, from the Caspian Sea all the way to Manchu China. In between were some of the most exotic places on the map, or off, places whose existence often was little more than an educated guess, whose names tantalized the tongue and charged the blood:

Urumshi and Turfan, Hami and Osh; the Hindu Kush and the River Ili; the Sacred Mountain of Kailas; Ghazni and Gor; Red Idol Gorge; the Minaret of Death . . .

A fascinating read of how perilous and unpredictable this 'game' was for people on each side, and the game did indeed have many sides. Though titled as a dispute between Russia and Britain, the Great Game drew in players from all regions ofCentral Asia and surrounding area. At times, these provinces were treated as mere pawns, but these were pawns with a will of their own, and the ultimate outcome of the game often hinged on their decisions.

Great book. Many of India's freedom fighters too tried to approach Russia under British oppression. This reflects in both Rao Tula Ram and later Subhas chandra Bose secretly traveling to Afghanistan, to engage with Russia and seek intervention for Indian freedom. Much has been written about Bose but even though one of Delhi's main roads is named after him, few today remember the sacrifices of the raja of jhajjar, Rao tula Ram, who gave up his kingdom to fight and support king bahadur shah zafar. He actually died in the cold of afghanistan's winter.

Another fascinatin read is, though rather voluminous , Dominion of India by Sir Penderel Moon.

The late GREAT Peter Hopkirk -- who sadly passed away just a couple of years ago....

The Russian name for the GG was "Tournament of Shadows"

It is not only Sethani ki Chhatri (Farrukhnagar in Gurugram or Gurgaon and not Jhajjar by an inadvertant error), Mr Ratnesh but elsewhere also at many places and in many an edifice, I have seen the seige of Bharatpur painted by local artists. In fact, it was fresh in public memory, particularly the Jats, until late1920s when most edifices used to be painted in Haryana too like they were in Shekhawati. This is real subaltern of which I have proof because I have been working on Wall Paintings (popularly called frescoes but in reality most that were documented by me pertained to pure tempera or secco-tempera) in Haryana done from 1870s to 1930 in Haryana.