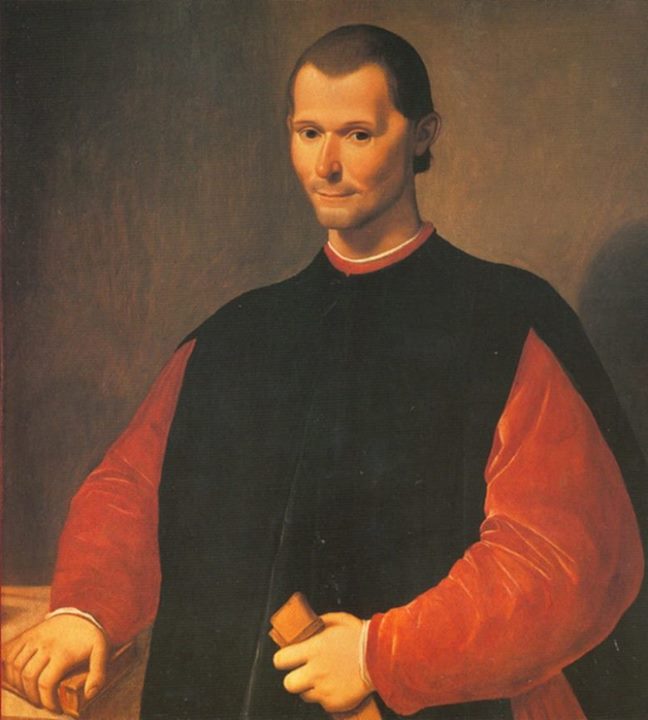 Of all the writers in the “realist” canon—from Thucydides and Hobbes to Morgenthau and Mearsheimer—it is Niccolo Machiavelli who retains the greatest capacity to shock. In 1513, banished from his beloved Florence, Machiavelli drafted his masterwork, The Prince. Five centuries later his primer on statecraft remains required if unsettling reading for practitioners and students of politics. Machiavelli’s originality—and the source of his enduring, if notorious, reputation—was his blatant rejection of traditional morality as a guide to political action, and his insistence that statecraft be based on a realistic view of corrupted human nature.

Although frequently damned as an amoral cynic—author of “a handbook for gangsters”, in Bertrand Russell’s words—Machiavelli in fact occupies a more complicated ethical terrain. His central claim is that politics has a moral logic of its own, at times requiring actions to preserve the state that might be regarded as reprehensible within polite society. There are times, in other words, when conventional ethics must be set aside for the pragmatic and expedient dictates of (what would later become known as) raison d’etat or “reasons of state”.

What made the Prince so daringly modern,as R.J.B. Walker writes, is that it “undermine[d] the universalistic conventions of his [Machiavelli’s] age, whether this is framed as a distinction between morality and politics” or “between two different but equally ultimate forms of morality.” This was a jarringly secular thesis to advance in the early sixteenth century. To be sure, the Catholic Church had grown vulnerable, with the rise of powerful states competing for power and widespread disgust at Papal corruption. Within four years, Martin Luther would post his 95 theses to the door of the Castle Church of Wittenburg, sparking the Reformation and ultimately the fragmentation of Western Christendom. And yet it is still striking that The Prince contains no mention of natural law or of the place of man in God’s Great Chain of Being, a common point of reference in Renaissance thinking

Despite his reputation as an influential political theorist, Machiavelli’s body of written work is slight. It consists primarily of The Prince and The Discourses. Unlike the later realists Hobbes or Rousseau, Machiavelli makes no pretense to offer a systematic theory of politics. Rather, he seeks, from historical study and practical observation, to identify timeless verities of human social behavior and to distill these into a set of maxims, aphorisms, and precepts that may help the prince survive in a treacherous world. He mines the rich history of classical Greece and Rome, as well as the more recent turbulence of the Italian city states, for examples of successful and failed political leadership.

His motivation for writing this primer is not only the edification of his readers but his own political rehabilitation. Seeking to ingratiate himself with Florence’s new ruler, he dedicates The Prince to “the Magnificent Lorenzo de Medici,” who, with the assistance of Spanish troops, had overthrown his previous patron, Pier Soderini, the year before. And yet The Prince cannot be dismissed as a work of political opportunism. Machiavelli was at his core a Florentine patriot, who wrote, “I love my country more than my soul,” and his book repeatedly betrays anguish at its downfall. His purpose was to find both the cause and the remedy for his city-state’s recent misfortunes. By identifying the fundamental realities and cardinal rules of politics, he believed he could help create a state—preferably a republic—that was both internally stable and just and capable of defending itself from external aggression.