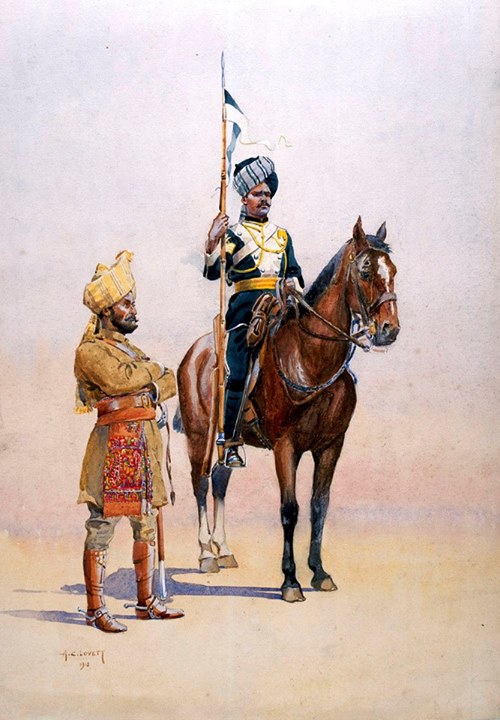 A dismounted Indian officer standing beside a mounted lancer. The Mysore state forces included a lancer unit, reorganised in 1892 for the Imperial Service Troops (IST) scheme, and a transport unit. The IST had been established to train the troops of Indian princely states up to the standard of the Indian Army.