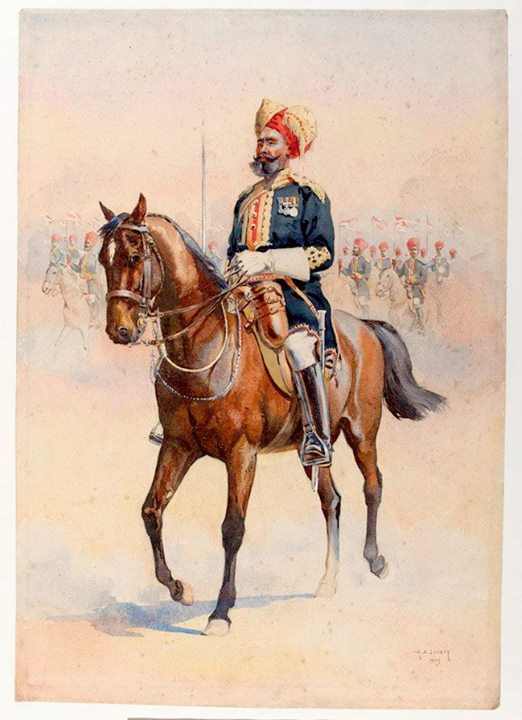 The Risaldar-Major, the most senior Indian officer of his regiment, rides at the head of a troop with sword drawn. His regiment was originally raised in 1857 as The Jat Horse Yeomanry for service during the Indian Mutiny (1857-1859).