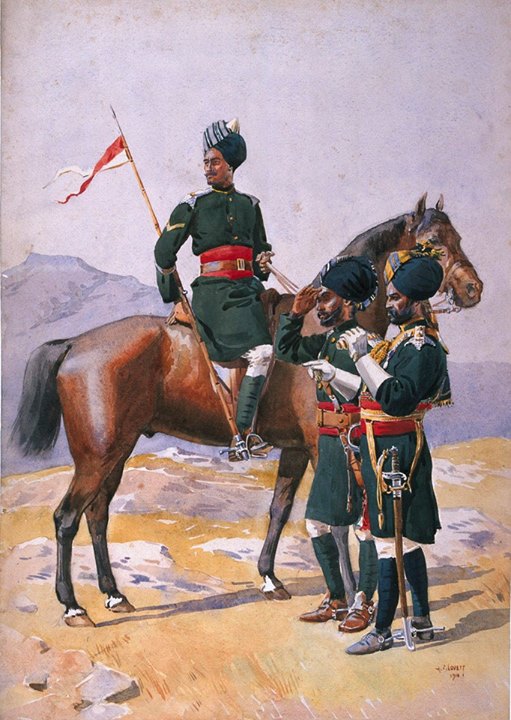 These sowars include a mounted Jat Lance Daffadar of the 30th Lancers (Gordon's Horse), a Sikh of the 20th Deccan Horse and a Dekhani Musalman Risaldar of the 29th Lancers (Deccan Horse). These three regiments originally belonged to the army of the Nizam of Hyderabad, but during the 1903 Kitchener reforms became part of the Indian Army.