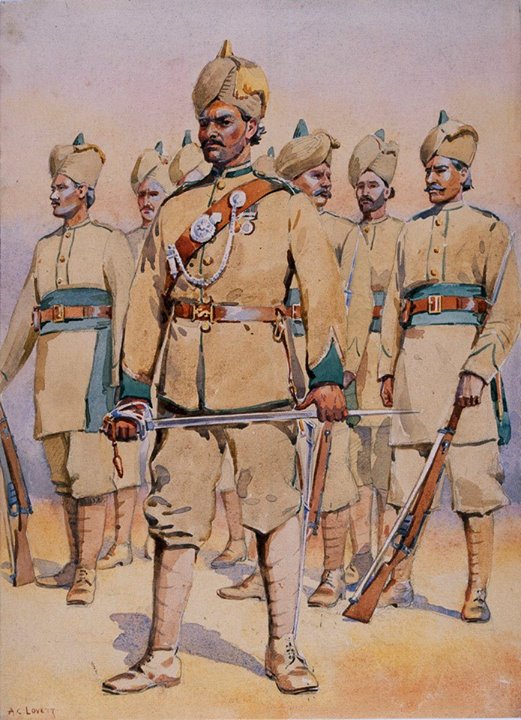 Half of the men in the 33rd were Punjabi Musalmans (Muslims), the remainder of the regiment being recruited from Pathans and Sikhs (two companies each). In July 1908 the regiment was stationed at Jubbulpore.