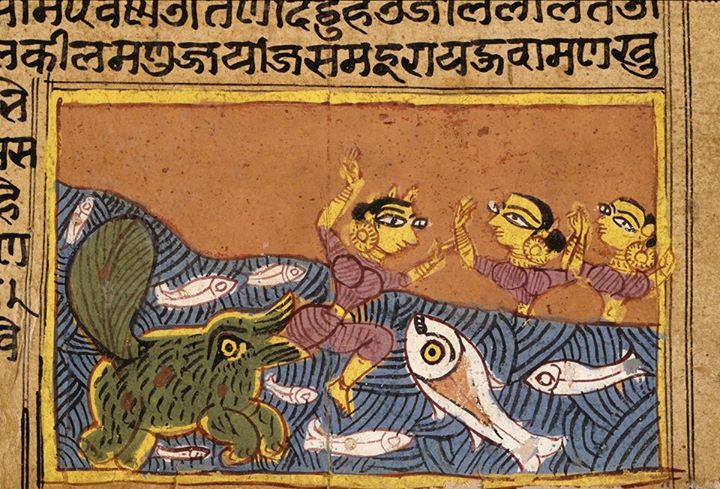 Subhashitavali Vallabhadeva of Kashmir.
Around 15th century
Collection of 3527 verses of 360 poets.

A subhashita (Sanskrit: सुभाषित) is a literary genre of Sanskrit epigrammatic poems and their message is an aphorism, maxim, advice, fact, truth, lesson or riddle. Su in Sanskrit means good; bhashita means spoken; which together literally means well spoken or eloquent saying.

Subhashitas in Sanskrit are short memorable verses, typically in four padas (verses) but sometimes just two, but their structure follows a meter. Subhashitas are one of many forms of creative works that have survived from ancient and medieval era of India, and sometimes known as Suktis. Ancient and medieval Indian literature created tens of thousands of subhashitas covering a vast range of subjects.

These epigrammatic verses and their anthologies are also referred to as Subhashitavali or Subhashitani.

Subhashitas are known for their inherent moral and ethical advice, instructions in worldly wisdom and guidance in making righteous deeds. Subhashitas create an appeal as the inherent message is conveyed through poems which quote practical examples which are often rhythmic in nature. Some authors even relate Subhashitas to sugar coated bitter medicines considering their worthiness.

The subhashita deals with various subjects and includes topics of day to day experiences that every one can easily relate to. A subhashita is always eloquent in form, structured in a poetical form, complete in itself and concisely depicts a single emotion, idea, dharma, truth or situation.

Subhashitas are drawn from real life and give fruit of philosophy grafted on the stem of experience! - Ludwik Sternbach

That image is confusing. The green thing in the water has the lady's foot in its mouth. It doesn't look anything like a dolphin.