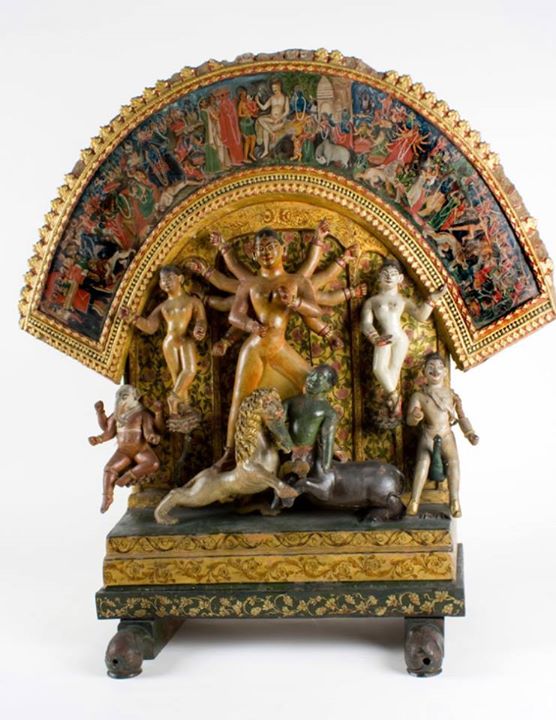 Durga represented as Mahishaasuramardini, recounting the legend of her fight against the buffalo demon Mahisha. Durga, mounted on a lion, with ten arms in which she holds the weapons granted by the gods of polytheistic Hinduism, will fight with her army to the end with the figure of the demon Mahisa. The demon acquires diverse forms during the battle, until wounded and helpless; he adopts that of a buffalo. The head of the buffalo was cut by Durga, Mahisa tries to escape from his disguise and this is when he dies, downed by the goddess trident. This is how heaven was returned to the gods, with Durga being venerated as symbol of God's triumph over the demon. Durga, in the center of the composition, symbolizes the divine central power, the balance between the different forces, accompanied by Ganesh, Lakshmi, Karttikeya and Saraswati.

Image and text credit:
From the collection of Museo Nacional de Antropología, Madrid