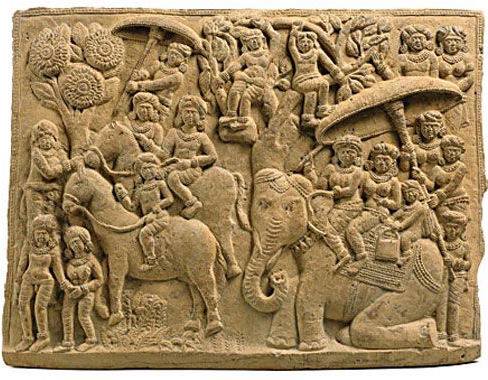 Vasavadatta (Sanskrit: वासवदत्ता, Vāsavadattā) is a classical Sanskrit romantic tale (akhyayika), written in an ornate style of language. Its author is Subandhu, whose dates are not precisely known. He is generally taken to have written the work in the second quarter of the 7th century. However, scholar Maan Singh has stated that he was a courtier of the Gupta emperor Kumaragupta I (414-455) as well as Skandagupta (455-467) and dated him between 385 and 465 CE.

The work's style has been described as "developed, elaborate, ornate and pedantic" and has influenced later prose writers.

The Kanchanadarpana of Sivarama Tripathin (18th century) and the Tattvadipini of Jagaddhara are two significant works that have critiqued and commented on the Vasavadatta.