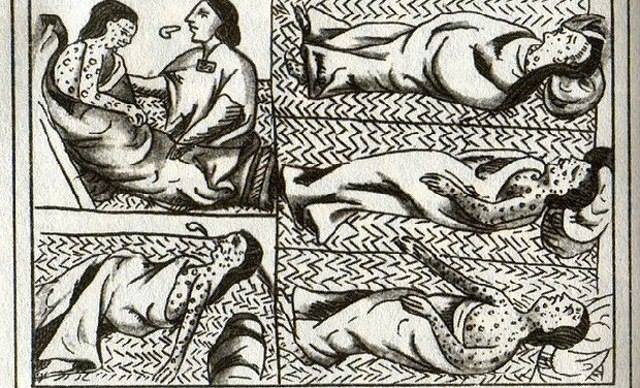 An interesting insight on the ayurvedic treatment of smallpoxes which preceded the germ theory of disease that arose in the nineteenth century.

The first reliable account of inoculation is found in the eighteenth-century reports by British doctors concerning the Indian treatment of smallpox. In the method, believed to have been discovered sometime before AD 1000 in India (Henderson and Moss 1999), one deliberately inoculated, either into the skin or by nasal insufflation, scabs, or pustular material from lesions of patients. This resulted in an infection that was unusually less severe than an infection acquired naturally. From India, the practice spread to China, western Asia, and Africa and finally, in the early eighteenth century, to Europe and North America.

It appears that the idea of inoculation derived from both agada-tantra, one of the eight branches of traditional Ayurveda (Indian medicine) that deals with poisons and toxins in small dosages, and from the application of specific concoctions to punctures in the skin for treatment of certain skin diseases (Susruta Samhita in Cikitsasthana 9.10). The Caraka Samhita speaks of how deadly poisons can be antagonistic to each other. The Samhitas speak of organisms that circulate in the blood, mucus, and phlegm. In particular, the organisms in the blood that cause disease are said to be invisible.

Chapter 54 of Uttaratantra or Kayacikitsatantra (General Medicine), suggests a treatment regimen that includes avoidance of fatty foods and sweets. In Chapter 5 of Nidanasthana (Diagnosis), it is indicated that physical contact and sharing the same air can cause such diseases to spread. Later in Chapter 13 mentions the eruptive boils of the disease masurika. It appears that it originally meant chicken pox, but by twelfth century the term was also being used for smallpox, as in the case of the commentator Dalhana.

The best source concerning the Indian method of treatment of smallpox is a report by Dr. John Z. Holwell in 1767 for the College of Physicians in London. This report is an excellent source for understanding the mind of the Ayurvedic doctors of the eighteenth century. Holwell says that inocualtors-

….are delegated for this service from the different Colleges of Bindoobund [Vrindavan], Eleabas [Allahabad], Banaras, &c. over all the distant provinces; diving themselves into small parties, of three or four each, they plan their traveling circuits in such wise as to arrive at the places of their respective destination some weeks before the usual return of the disease (Holwell 1971: 150-151).

Late into 1940s - people remember -patients suffering form small pox being rolled up in straw mats and being abandoned/quarantined -in the best parts of Kerala - where Ayurveda was known to have been practised and flourished..there are accounts of people being found alive in such mat-rolls days after being abandoned for good by close relatives.

Skeptics of Indian native wisdom & medical system may read this. So where lie the lazy bones?

Thanks a ton for sharing this ....I was searching for this material for long