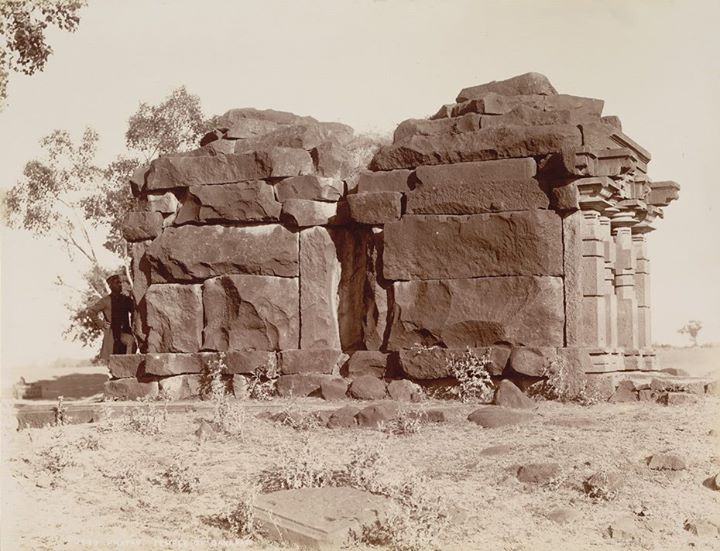 Photograph of the Temple of Ganapati at Khatav in the Satara District of Maharashtra, taken by Henry Cousens in 1897-98. This side view, shows the massive masonry blocks used in the construction. In the Progress report for the Archaeological Survey of Western India for the year ending 30th June 1898, Henry Cousens wrote, "...At Khatav we found some remains that did interest us,-several old temples of the Hemadpanti class...Beside it [the Naganatha] is a little shrine of Ganapati which, having the outer casing of its walls gone, shews the manner of building and the rough backs of the blocks forming the inner shell..."