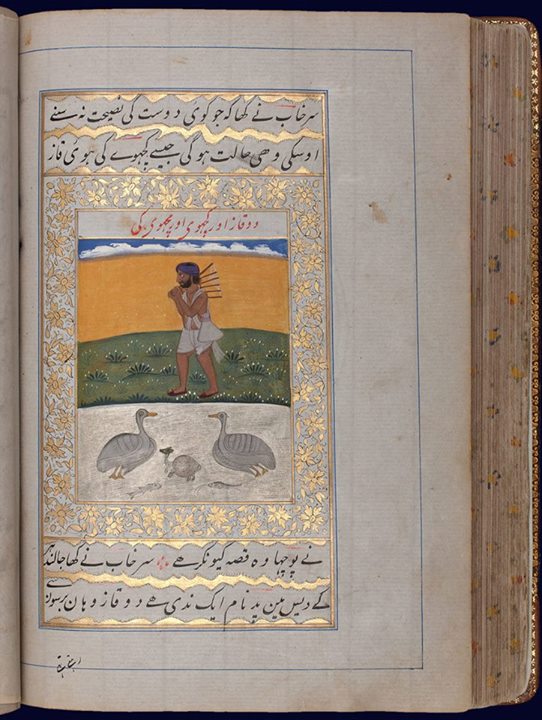 Fables and proverbs from the Sanskrit being the HITOPADESA
By Sir Charles Wilkins (1750-1836)
Published by George Routledge and Sons, London - 1885

Hitopadesha (Sanskrit: हितोपदेशः Hitopadeśa) is a collection of Sanskrit fables in prose and verse meant as an exposition on statecraft in a format easily digestible for young princes. It is an independent treatment of the Panchatantra, which it resembles in form.

The Hitopadesha was also a favourite among the scholars of the British Raj. It was the first Sanskrit book to be printed in the Nagari script, when it was published by William Carey in Serampore in 1803–4, with an introduction by Henry Colebrooke. This was followed by several later editions during the 19th century, including Max Müller's of 1884, which contains an interlinear literal translation.

Much earlier, Sir William Jones encountered the work in 1786 and it was translated into English the following year by Charles Wilkins, who had also made the earliest English translation of the Bhagavad Gita. A later translation by Edwin Arnold, then Principal of Puna College, was published in London in 1861 under the title The Book of Good Counsels.

Since then, Hitopadesha has been translated into most of the main languages in northern and southern India, while several more translations have appeared elsewhere in Asia, as well as in Europe.