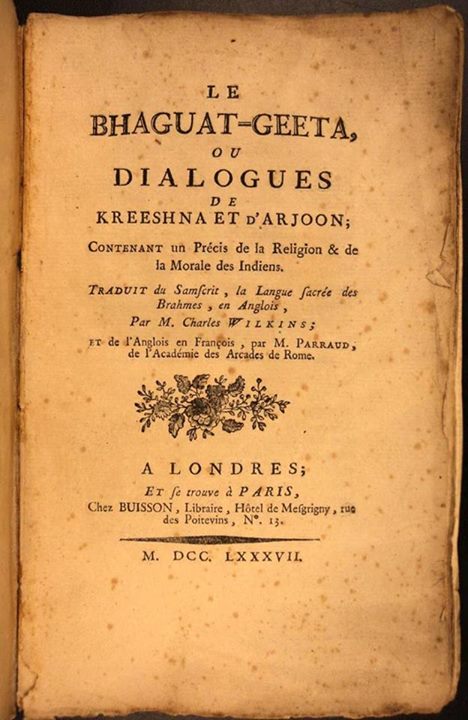 The worlds first French translation of the Bhagavad Gita.

The translation of the Gita by Charles Wikins was itself soon translated into French (1787) and German (1802). It proved to be a major influence on Romantic literature and on European perception of Hindu philosophy. William Blake later celebrated the publication in his picture The Bramins, exhibited in 1809, which depicted Wilkins and Brahmin scholars working on the translation.

One of the copies was in library of last Polish King Stanislav Poniatovsky. He discus content of Bhagavad Gita in one of his " enlightened Thursday dinners ".