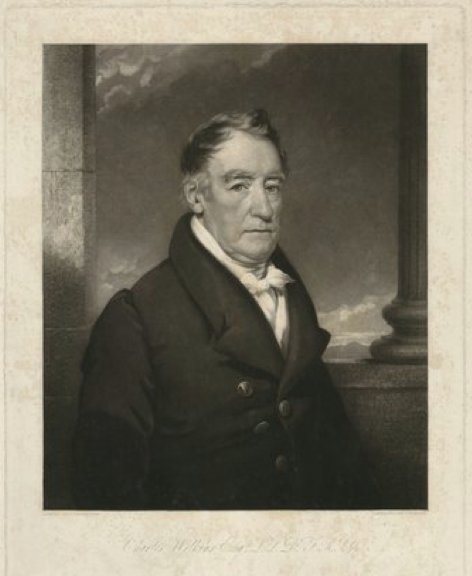 It was only when the English became firmly established as administrators in the land of Bharat that India’s philosophy could be disseminated in England and other European nations. An essay on India’s history and culture written by Alexander Dow in 1768, indicated that abundant but as yet unrevealed Sanskrit works were worthy of England’s notice and study. The publication of Dow’s essay was followed by two significant events. Firstly, the founding of the Asiatic Society in 1784 was an epoch-making event in the meeting of East and West on both the intellectual and spiritual levels. Sir William Jones (1746-1794) the first great Indologist and “father of Asian Studies” worked hard to disseminate India’s spiritual treasures to the West through his books and the publication of the Society’s journal, Asiatic Researches. We are concerned here with the second significant event, namely, the contributions of Sir Charles Wilkins (1750-1836) and his English translations of the Bhagavad Gita and Hitopadesha in London as well as his authoritative Sanskrit grammar, which appeared soon after in 1785 and 1787 and became the basis for all later Indological work.

In 1783 Sir William Jones arrived in Calcutta and immediately devoted himself to Sanskrit and the translation of ancient Sanskrit texts. Initially, he had to overcome resistance from the Brahmins he approached to teach him. In his book, American Transcendentalism and Asian Religions, Arthur Versluis confirmed that Sir Jones had difficultygaining access to Hindu sacred books and Sanskrit, but could find no Brahmin willing to teach this unbelieving foreigner, and only with great effort was he able to find a Hindu physician who taught him enough Sanskrit to translate the Laws of Manu and the Hitopadesha, both of which were later influential on the transcendentalists.

The Hindu physician was Ram Lochan Kavibhushana, who was a Vaidya by caste. Sir Jones gave profound attention to his studies of India with a nobler purpose than that of his wealth-seeking contemporaries. He mastered Sanskrit during the last ten years of his life thanks to Wilkins, whose knowledge of Sanskrit had made a deep impression on his mind. Encouraged by Hastings and helped by Wilkins, Jones founded the Asiatic Society in Calcutta on January 15, 1784. Though he did not enjoy a good reputation in official circles within Great Britain, Hastings rendered signal service in the spread of India’s valuable cultural insights as recorded in her Sanskrit scriptures. He was an educated man and was the first to be approached for the position of president of the Asiatic Society. When he refused, Jones became president.

First Bengali Typeface Printed Book ----"A Grammar of the Bengal Language, -Printed at Hooghly in 1778.