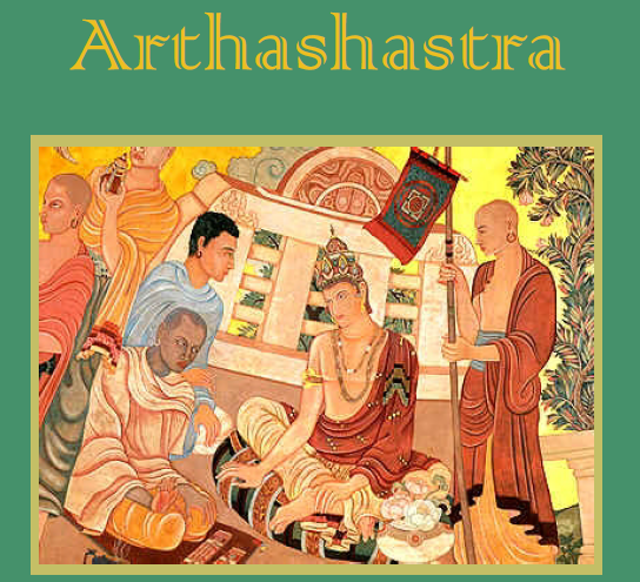 The Arthashastra is so much a part of modern Indian vocabulary on politics, economics and society that it is hard to imagine that this was a book unknown to the English-speaking world until an old manuscript was discovered in 1904. It was translated and presented to the world by R. Shamasastry of the Mysore Oriental Research Institute in Sanskrit, in 1909, and in English in 1915.

It created a storm for all the wrong orientalist reasons— similar to the upheaval caused by the discovery of remains in Harappa and Mohenjodaro. In that case, history was known to have begun with Alexander’s arrival in India. So what was to be made of the spectacular ruins on the banks of the Indus and lost Saraswati, dating to millennia before 323 BCE? Similarly, to find an ancient Indian treatise on statecraft and economics upset the ideas of the rulers about the uncivilised and unsophisticated nature of the colonised Hindus.

Since then, the Arthashastra has enjoyed a revival of sorts with its precepts being used and quoted in books on history, economics, politics, management, religion, spirituality and any other subject on which books are written in English. A cursory search of the internet will throw up pages of purported quotes from Chanakya, many of them being untrustworthy.

What Exactly Is The Arthashastra?

It is a treatise on artha written about 2,300 years ago and attributed to a person named Kautilya. It consists of 15 adhikaranas or books, mainly in prose, with 380 shlokas occurring at the end of the various chapters. The first sutra contains the statement that the Arthashastra was composed by bringing together all treatises on this subject written by earlier authors. It is, therefore, a compilation.

It can be thought of as an encyclopaedia of information on the ancient Indian world, the subjects ranging from kings to spies and ministers, from cotton to spices and pearls, from inheritance to divorce and municipal law, foreign relations to forts and cities, magic incantations to justice and political administration.

It has most immediately been associated with the Mauryas. Lengend has it that Kautilya or Chanakya, a pundit, was humiliated by the Nandas and took an oath to extirpate them. He sees the qualities of kingship in a young goatherd, adopts and brings him up to be a warrior and a statesman and then, when the young boy reaches adulthood, the two of them together establish Mauryan rule over Jambudwipa. The young boy was, of course, Chandragupta Maurya.

And a big thanks to Prof. Shama Sastry of Mysore!

Chanakya's greatest treatise on statecraft, economic policy and military strategy, written in Sanskrit. Likely to be the work of several authors over centuries, Kautilya, also identified as Vishnugupta and Chanakya

Only three Shlokas are enough to discredit 7000 pages of Ambedkar's whole write up.

Really great to have a glimpse of our glorious past.

Mother you will be the best because you have many brilliant collection. Wish you good luck

I wish I could read it

What about Gujarati translation

Great ancient wisdom compiled by Kautilya ,one of the greatest book of Statecraft

The best and most amazing thing about this book is that, even after 2500 years since it has been penned, the concepts of this book are still valid and worthwhile to be adapted by any government to implement good governance.