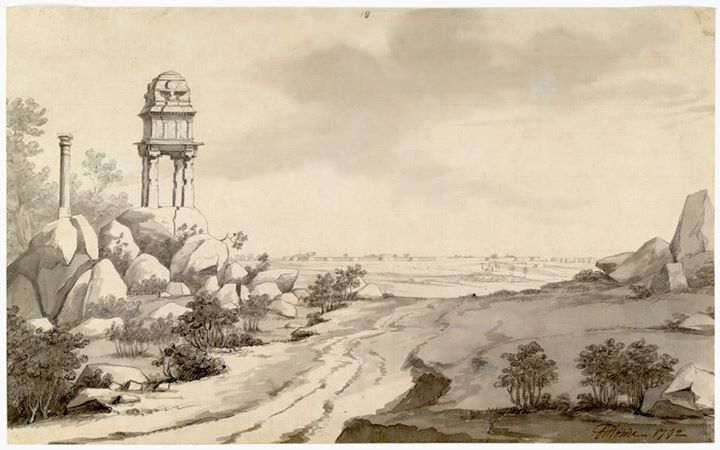 Ink wash drawing made of a south view of Bangalore with the fortress in the distance by Robert Home (1752-1834) in 1792. It is part of a series of 22 loose drawings together with a map and three plans completed by Home when he accompanied the British army under Cornwallis during the 3rd Mysore War 1791-1792.

In the late 18th century, the Muslim rulers Haidar Ali (r.1761-1782) and his son Tipu Sultan (r.1782-1799) fought numerous wars against the British over the control of Southern India. The fort of Bangalore was originally built out of mud by the founder of the city and Hindu ruler Kempe Gowda in the early 16th century and was reconstructed in stone by Haidar Ali in 1761. It was built in an unusual oval shape with eight gates, only one of which survives today. Bangalore fort was captured by Lord Cornwallis and his army on 21 March 1791.