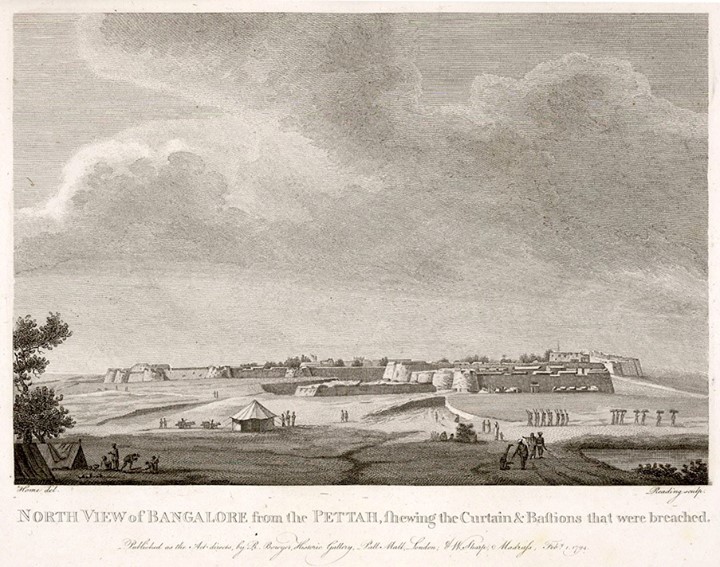 North view of Bangalore from the pettah, shewing the curtain and bastions that were breached - 1792

Etching with line-engraving of a north view of Bangalore from the Pettah by Burnet Reading after sketches Robert Home (1752-1834) had made when he had accompanied the troops in Lord Cornwallis's campaign against Tipu Sultan in 1792. Plate 6 of Robert Home's 'Select Views in Mysore, the country of Tippoo Sultan' published in London in 1794.

Bangalore, the capital of Karnataka, was founded in the 16th century by the Hindu ruler Kempe Gowda. By the late 18th century, the town was ruled by Haidar Ali (r.1761-1782) and his son Tipu Sultan (r.1782-1799) who fought numerous wars against the British over the control of Southern India. The Fort at Bangalore, seen in this view, was captured by the British in 1791 and the city area was named the Pettah after the deep ditch and thorn hedge that protected it. In the 19th century, Bangalore became a prominant British garrison town.