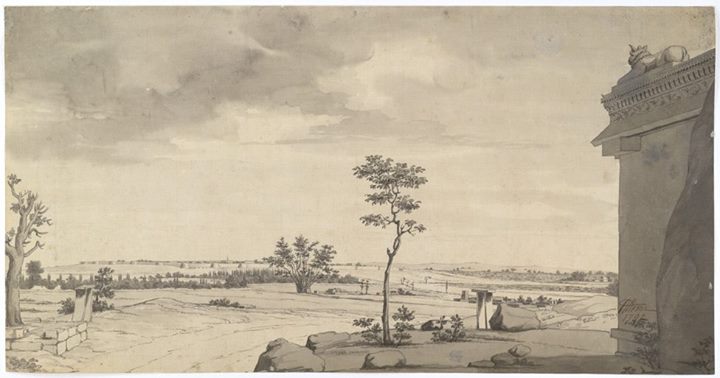 East View of Bangalore with the Cypress Garden (Lal Bagh) - 1792

Wash drawing showing Bangalore with the Cypress Garden by Robert Home (1752-1834) in 1792. This is one of a series of 22 loose drawings together with a map and three plans completed by Home when he accompanied the British army under Cornwallis during the 3rd Mysore War 1791-1792.

Bangalore, the capital of Karnataka, was founded in the 16th century by the Hindu ruler Kempe Gowda. By the late 18th century, the town was ruled by Haidar Ali (r.1761-1782) and his son Tipu Sultan (r.1782-1799). In 1791, the Fort at Bangalore was captured by the British. The Cypress Gardens in this view are now known as the Lal Bagh Botanical Gardens. They were originally laid out Haidar Ali.