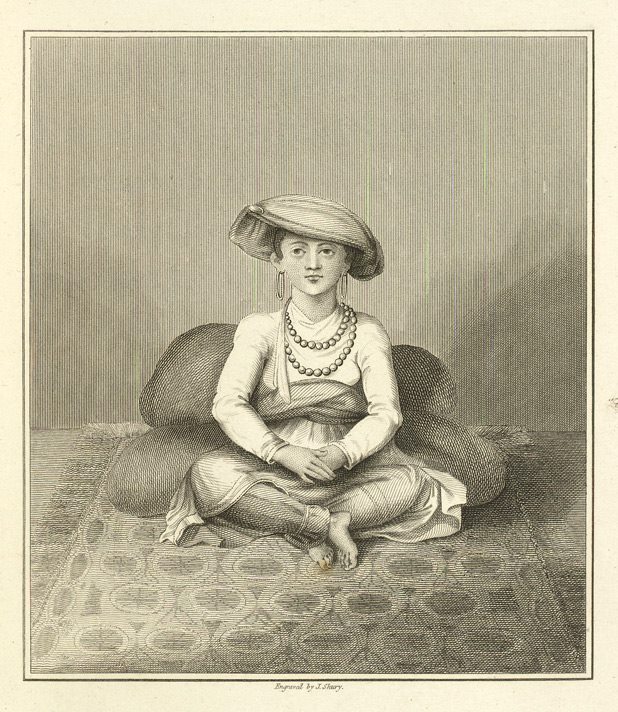 A Mohamedan youth of distinction - 1813

Plate eighteen from the first volume of James Forbes' "Oriental Memoirs", a work based on copious notes and drawings made during his travels in India between the 1770s-80s. Forbes(1749-1819)spent most of his working life in Western India, particularly in Gujarat where he was employed as Collector in Bharuch and later in Dhaboi. His "Memoirs",in the form of a series of letters describing many aspects of life in India included ethnological studies such as this one. Forbes described this image as the 'usual character, appearance and dress of the Mohamedan boys in the best Mogul families settled in the western provinces of Hindostan. They do not always wear ear-rings; but when dressed, are adorned with rows of pearls, diamonds, rubies and emeralds; also rings of great value.'