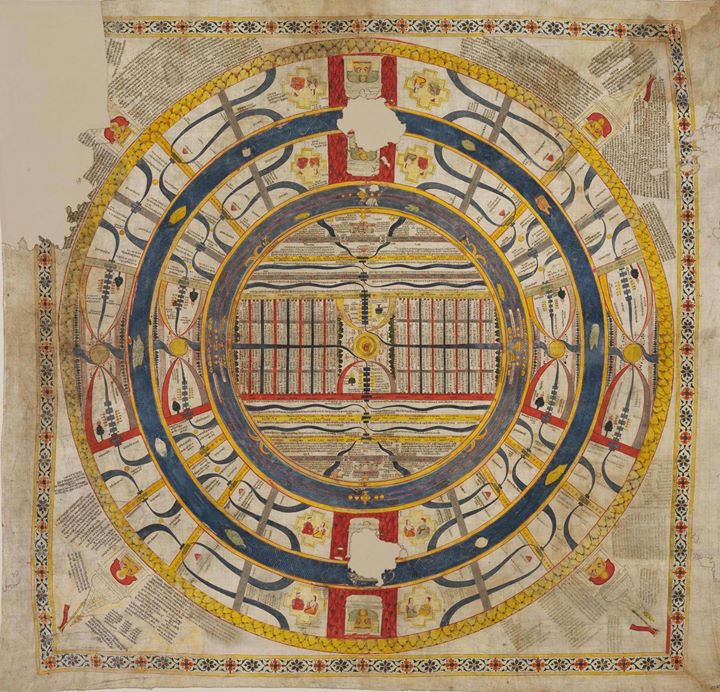 Jambudvipa - Jain painting of the mortal realms of the universe

In the Jain conception of the universe, between the heavens above and hells below is the middle world where mortals dwell, the only part of the universe from which the soul can achieve liberation. Humans inhabit two and a half continents, separated by oceans and
concentrically arranged around Mount Meru, as far as a chain of mountains on the outer continent. The central disc is Jambudvipa, the continent of the rose-apple tree.

Link for an enlarged picture: http://bit.ly/2afES3T

its not painting but somthin written on sides.. ..mantra sholka or ..manuscript

almost the same as hinduism jain mandala or yantras are also highly symbolic , i wish somebody could detail about the various elements depicted in this mandala ....