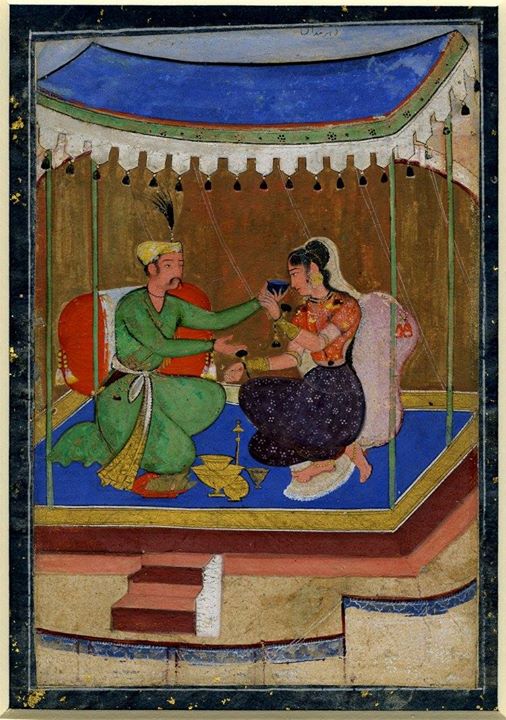 Recreational painting depicting a man and woman drinking under a canopy. The man (kneeling to the left) offers a a wine cup to the lady, who, sitting directly opposite, gently clasps his extended arm while smelling the wine glass. Canopy sits slightly elevated above the ground and surrounded (visible only from behind) by a wooden fence. No text, but inscribed. Painted in opaque watercolour on paper.

Wine-drinking was customary at the courts of hte Mughal emperors until the reign of Aurangzeb (r. 1658-1707). Despite its Mughal setting this composition of a young man offering a wine cup to his lady may ultimately derive from a European print of a loving couple.