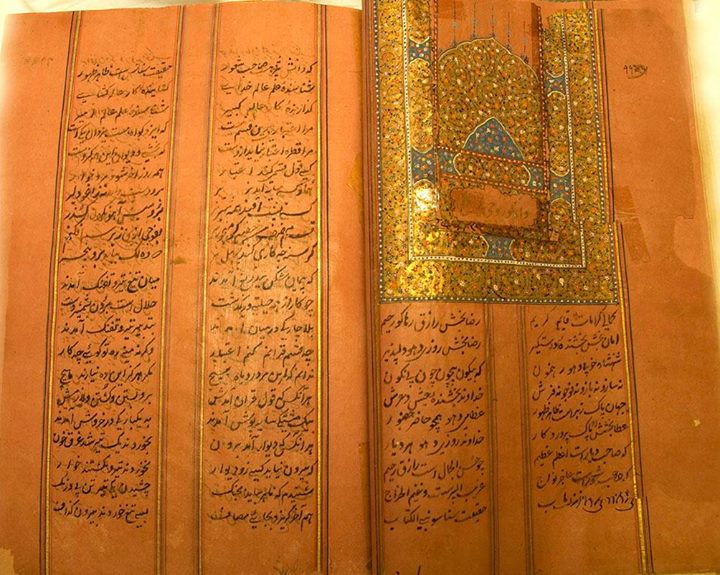 Zafarnamah is a historical letter of victory written by Guru Gobind Singh to emperor Aurangzeb in 1706 A.D. The letter, written in lucid Persian, depicts the spirit of Chardi Kala and admonishes Aurangzeb for his tyrannical rule. This book recreates the Zafarnamah text into English verse and follows the rhyme-scheme of the original text.

The Zafarnama (lit. Epistle of Victory) was a spiritual victory letter sent by Sri Guru Gobind Singh Ji in 1705 to the Mughal Emperor of India, Aurangzeb after the Battle of Chamkaur. The letter is written in Persian verse.

Sri Guru Gobind Singh Ji sent Bhai Daya Singh Ji to Ahmednagar to give it to Aurangzeb. However it is said that a copy of the Zafarnama, written by himself, was found with the Mahant of Patna Sahib in 1890 and one Babu Jagan Nath made a copy; this copy was somehow misplaced by him. Since Babu Jagan Nath was himself a scholar in Persian language, he could reproduce it from his memory and got it printed in Nagri Parcharni Patrika in Benaras. He is also believed to have sent a copy to Sardar Umrao Singh Shergill in Amritsar who is said to have given it to Khalsa college and which in turn reproduced in Makhzan-e-Twarikh Sikhan. In Punjab newspapers, it first appeared in the Khalsa Samachar of 16 July 1942. Then in 1944, Kapur Singh ICS published it in Urdu Ajit of Lahore under the heading "Fatehnama". It is quite possible that in the process of translations and publications of the Zafarnama at different stages, some verses were not reproduced correctly and what we have today is not the original Zafarnama of the Guru in its entirety. The abrupt end of the Zafarnama also indicates that it is not complete and that some verses have been left out. Objections raised by some scholars on the authenticity of a few verses may be viewed in this context.

In this letter, Sri Guru Gobind Singh Ji reminds Aurangzeb how he and his henchmen had broken their oaths sworn upon the Qur'an. He also states that in spite of his several sufferings, he had won a moral victory over the Emperor who had broken all his vows. Despite sending a huge army to capture or kill the Guru, the Mughal forces did not succeed in their mission.

In the 111 verses of this notice, Sri Guru Gobind Singh Ji rebukes Aurangzeb for his weaknesses as a human being and for excesses as a leader. Sri Guru Gobind Singh Ji also confirms his confidence and his unflinching faith in the Almighty even after suffering extreme personal loss of his Father, Mother, and all four of his sons to Aurangzeb's tyranny. Sri Guru Gobind Singh Ji invited Aurangzeb to meet him in Kangar village near Bathinda (Punjab) and said no need to worry as Brar tribe will not harm him (Aurangzeb) as they are under his command. " On the way, there will be no danger to your life, For, the whole tribe of Brars accepts my command. (59)"

Of the 111 verses, the maximum numbers of 34 verses are to praise God; 32 deal with Aurangzeb’s invitation for the Guru to meet him and the Guru's refusal to meet the Emperor – instead the Guru asks Aurangzeb to visit him; 24 verses detail the events in the Battle of Chamkaur, which took place on 22 December 1704; 15 verses reprove Aurangzeb for breaking promise given by him and by his agents to the Guru; In verses 78 and 79, Sri Guru Gobind Singh Ji had also warned Aurangzeb about the resolve of the Khalsa not to rest till his evil empire is destroyed; 6 verses praise Aurangzeb. Inspite of loosing his four beloved sons, his Kingdom of Anandpur Sahib, Guru Gobind Singh ji thanked the God for everything. He accepted the fortune and mentioned in Zafarnama that he still won as he didn't betray or cheat. He and his Sikh army fought courageously and laid their lives for the good. They fought a war against evil with pristine intention and no one with bad intentions can defeat him as the God is always by his side.

One of the most quoted verses from the Zafarnama is verse 22:


Image:
Zafarnama is a Persian term that means "Declaration of Victory". Zafarnama was the name of the second letter of Guru Gobind Singh to Emperor Aurungzeb in 1705. It is not known if this is the original or not.

- Image and text is sourced from Wikipedia. Link: https://en.wikipedia.org/wiki/Zafarnama_(letter).

Can't rely on it because it was misplaced, re written by someone other, and not complete. but still your posts are outstanding ❤️

Diplomat & Current Indian Ambassador to UK, Navtej Sarna too has published a fine translation & commentary on the Zafarnama. Do a dekho ( http://www.sikhnet.com/news/zafarnama-epistle-victory-guru-gobind-singh-new-translation )