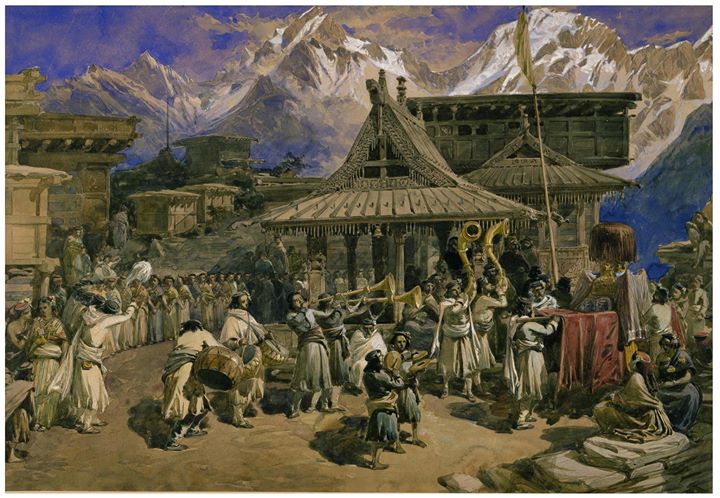 This painting depicts devotees worshipping the goddess Devi at Kothi near Chini (Kalpa) in present-day Himachal Pradesh. It shows villagers outside a temple, some playing trumpets, horns and drums, others carrying a portable shrine (morha) with masks of Shiva. Simpson published an account of the ceremony in his article ‘Pujah in the Sutlej Valley’ in the Journal of the Royal Asiatic Society, vol.XVI, part 1, 1884, pp.13-30, and it was still being celebrated in the 1970s.

The Devi of Devi Khoti. Among the most outstanding remarkable images ever made by human hands.

I was in Kalpa and witnessed this ceremony. The pagoda like structure is paraded while making the top bob up and down.

It's actually a view of the kalpa temple..