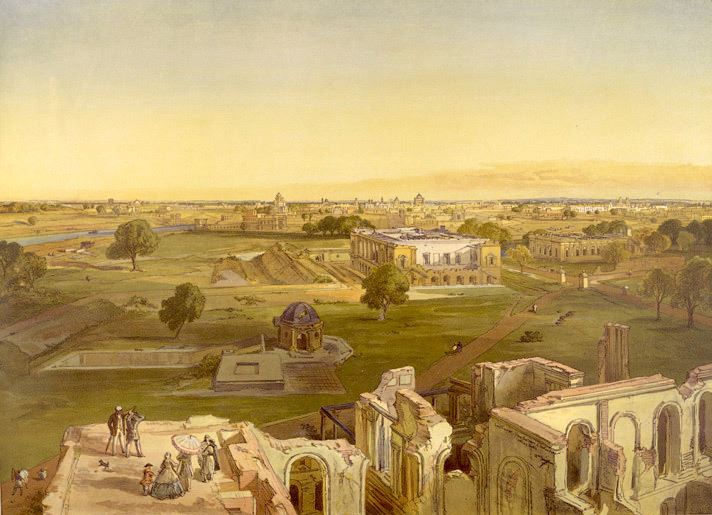 This chromolithograph is taken from plate 19 of William Simpson's 'India: Ancient and Modern'. Lucknow, situated on the river Gumti in Uttar Pradesh, was ruled by the Nawabs of Oudh (Avadh). Lord Dalhousie's annexation of Avadh in 1856 and the exile of the last Nawab, Wajid Ali Shah, caused great resentment and Lucknow became the scene of a major struggle during the uprising of 1857. The Residency pictured here was the focus of the fiercest fighting. Although eventually destroyed, its ruins remained a testament to the tenacity of the British, with a deep resonance in the annals of the British Empire in India.

residency in foreground....and Chattar Manzil on the bank. what are the other buildings?

What could be the squarish building??

you can visit the ruins. It has been preserved as-is intentionally. You can see the bullet and canon marks.