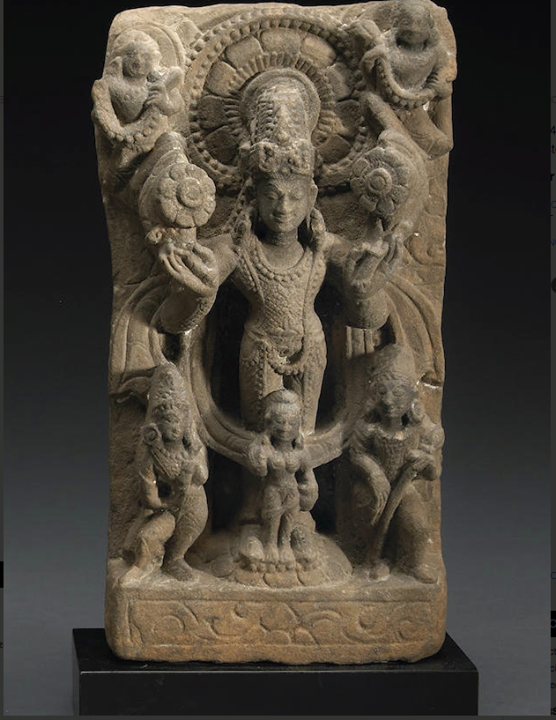 The solar deity standing in a frontal hieratic pose with both hands raised and holding a stylized blossoms, a small figure of his consort standing between his boots and accompanied by his two sons Shani and Yama standing on the rectangular plinth, a pair of apsaras flanking a floriform mandorla to the top, now supported on a metal base.

And no one will know it's provenance

But we all know where it came from. :) Some more work for you Vijay Kumar.

oh, to give us comfort and aesthetic pleasure.