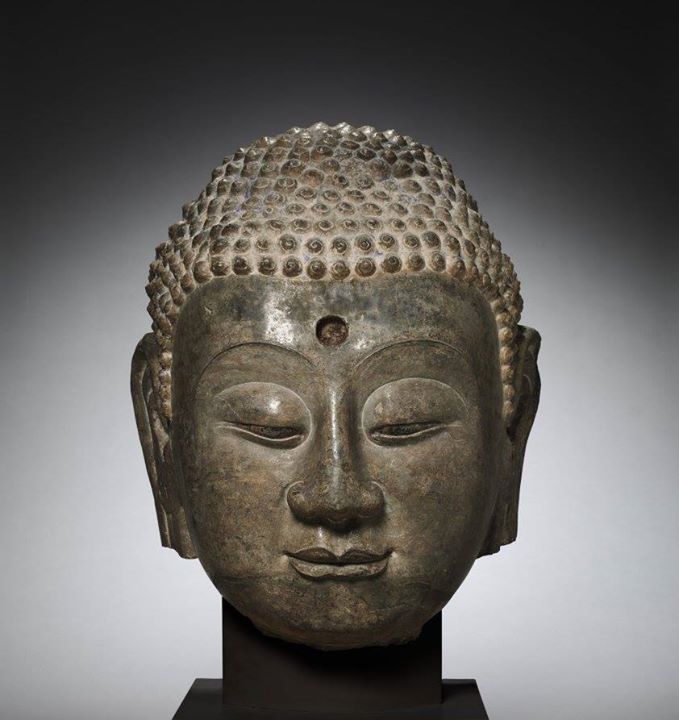 At the Xiangtangshan Buddhist sites in Hebei province, cave-temple construction and image-making were supported by the Northern Qi imperial court and nobility. Under the constant shadow of political uncertainty and the theory of the "Law of the Decadence" (or mofa, the deterioration of the True Law after the historical Buddha’s attainment of nirvana), the Buddhist faith was embraced as the ideal for rulership. The Buddha’s smile offers reassurance and consolation.