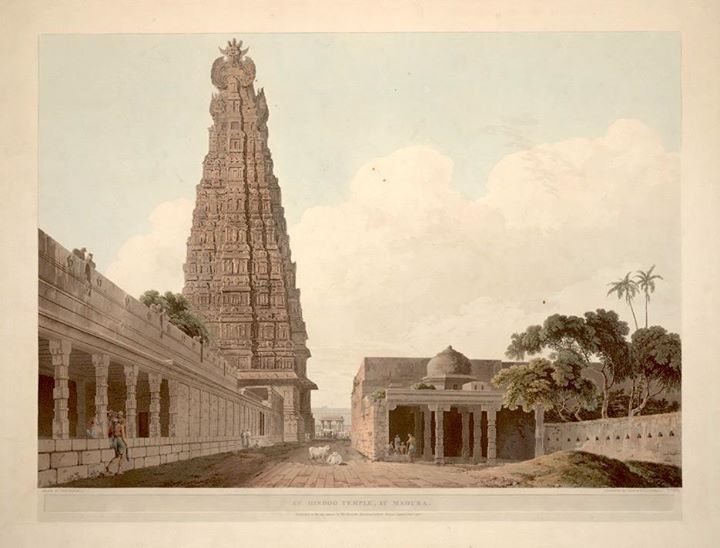 Plate 16 from the second set of Thomas and William Daniell's 'Oriental Scenery.' The city of Madurai is dominated by the temple complex dedicated to Minakshi, the patron goddess. It is like a self-contained city with courtyards, pillared halls and shrines. The four gateway or gopuras of the temple were added in the 17th Century during the Nayaka dynasty. They are elaborately decorated with figures of divinities and celestial beings, monsters faces and animals, all covered in polychrome plasterwork.