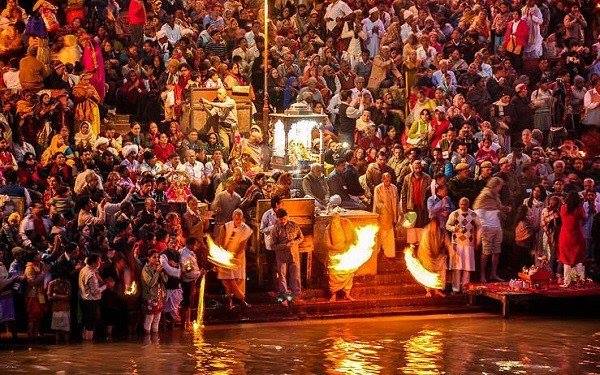 Here I stand, a Hindu, with a constant dichotomy within me as to what it really means—my nationality or my religion.

It’s not a very fortunate thing that even the names by which a major religion, or for that matter, the native people who are believed to be its followers and its country of origin are generally designated, both by the natives and foreigners, have been all so much a subject of misinterpretation and politicization. The names, all related though, in consideration, are Hindu and its variants.

“Hindu” has been officially accepted, since quite some time, both as the name of the religion followed by a vast majority of Indians and also the people themselves who are believed to be its followers. So I’m a Hindu and so is my religion, as per the census, though thankfully I don’t have to write my religion in any official identification document like passport, PAN card or AADHAR card.

India is a secular country. So it’s not acceptable to call her a Hindu nation. But, very interestingly, India is still referred to as, though not officially, Hindustan, the land of the Hindus. She is also referred to as Hind—Jai Hind, Victory to Hind, has been the clarion call to arouse a feeling of nationhood and nationalism since long. The people of Hind would be logically called Hindi, like the people of Bangal are called Bangali.

So we’ve India, Hindustan and Hind as various names for India, and also Bharata or Bharatavarsha, which we can keep aside for the time being.

Etymologically India and Hindu are cognates, meaning both have descended from the same source, which in this case is Sindhu, the name of the river which flows through the north western India and Pakistan. The earliest usage of the term Hindu may be in the expression Hapta Hendu, found in the later Avestan Zoroastrian text of Vendidad, dated not later than the 8th century BC, where it refers to the land of the Sapta Sindhu, Seven Sindhus, as one of the sixteen best, vahistem, places created by the prophet Ahura Mazda. The land of the Sapta Sindhu is undoubtedly an epithet for the present day Punjab and the seven sindhus are the seven rivers – Sindhu or Indus, its five tributaries and the mythical river Saraswati.

How and when exactly the land of the Sapta Sindhu or Hapta Hindu came to be known as simply the land of the Hindu is not known. Eventually the geographical area which was initially referred to as the land of the Hindu was expanded by the Persians to include the whole of the Indian subcontinent, or at least the entire northern India which, from time to time, was consolidated under one empire over the past two thousand years under various emperors starting from Ashoka till the Mughals.

It is time to change the name from India to HINDUSTHAN

I have been read somewhere that the persians had the difficulty to pronounce "S" as starting letter in their language, instead they used "H". So, Sindhu become "Hindu" , Sapta Sindhu become Hapta Hindu... let us think that the name of present Hindu is not its own, but contribution of some other people of different religion !

Actually it happens so.British people didn't pronounce Thakur as Tagore.So many things are misinterpreted to cause problems in religious matters & others too.Hindu is eternal dharma so to tell that it got from others having its now own will be mockery & wrong.

And till Today we are speaking "YOGA" instead of YOG as they say...

Many of the HC verdict are changed in SC.