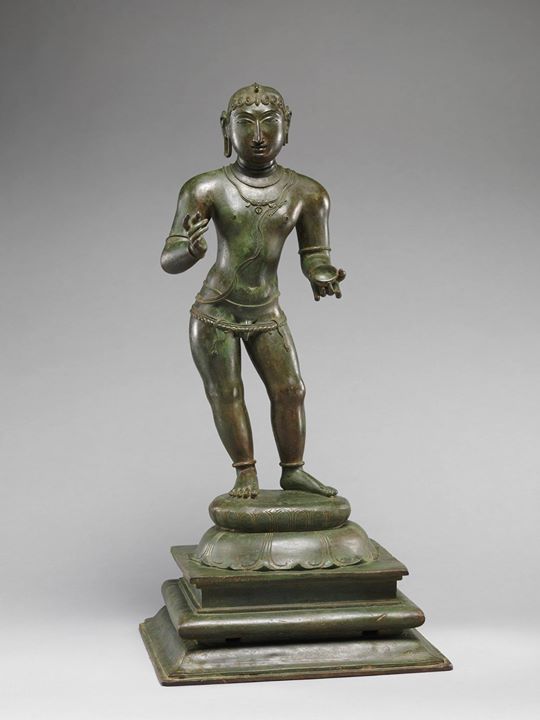 Sambandar, the popular seventh-century child saint, is one of the muvar, the three principal saints of South India. Legend recounts that after receiving a gift of milk (represented by the bowl) from the goddess Uma, the infant Sambandar devoted his life to composing hymns in praise of Lord Shiva; his raised hand points to Shiva’s heavenly abode at Mount Kailash, in the Himalayas. The sculptor captured the saint’s childlike quality while also empowering him with the maturity and authority of a spiritual leader. This icon was intended for processional use during temple festivals celebrating gods and saints.

why is there a lot of swarajya essays in the recent times???