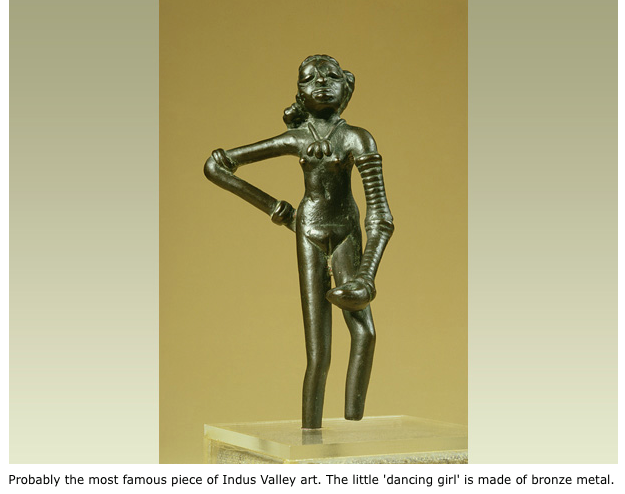 An exploration of metallurgy in India:

The history of metallurgy in India can tell us a lot about the history of India itself. Our scientific heritage has inexplicably always been given short shrift in our history textbooks, as pointed out here and here. It is, therefore, not very surprising that our historians don’t enter at all into this rather technical, if extremely fascinating, aspect of our history.

The use of metals marks major epochs in the history of any culture. The Bronze Age in India began around 3000 BCE in the Indus Valley region. The ancient cities of the Indus Valley Civilization (2600-1900 BCE) were part of India’s Bronze Age. The Indus Valley Civilization, also called the Mature Harappan phase, is merely the most well-known period of the Indus Valley Tradition (7500-300 BCE), which began with Neolithic (i.e., New Stone Age) settlements, such as in Birrana, Haryana (c. 7500 BCE) and Mehrgarh in Baluchistan, Pakistan (c. 6750 BCE). Another group of Bronze Age nomadic tribes, the Indo-Aryans, were believed to have entered the subcontinent in the second millennium BCE, contributing, in some versions, to the decline of these cities; the Indo-Aryans settled down in what is today Punjab and Haryana (where they composed the Ṛg Veda), slowly moving eastward and eventually founding their own cities on the Gangetic plains, in what is known as the Gangetic Tradition. These Indo-Aryans were also supposed to have begun India’s Iron Age around 1000 BCE.

Although archaeologists now overwhelmingly agree there is no evidence of such an invasion or migration, and inspite of it being based almost exclusively on unverified philological arguments, the supposed advent of Indo-Aryans continues to be the norm in academic discourse, is what is taught in textbooks, and guides prevailing constructs of ancient Indian history, such as a supposed culture shift that I had tried to examine earlier. Here, I try to look at India’s history from a more technological perspective. The picture that emerges shall not only leave us much better informed about India’s ancient history, but may undo our current simplistic notions of Stone, Bronze and Iron Ages.

The implications for the dating of the Vedas and other ancient texts:

Estimates for the dates of the composition of the Ṛg Veda vary from 1900 to 1200 BCE. The term, ayas, occurring in the Ṛg Veda has been interpreted as copper. Scholars also believe that the term, kṛṣṇa ayas, which occurs in the Yajur and Atharva Vedas, but not the Ṛg, means iron, and implies that the Yajus and Atharva belong to the Iron Age, and hence were composed after 1000 BCE. The events described in the Mahābhārata too are ascribed to the Iron Age. Thus, when, how and where metals like copper and iron came to be used on the subcontinent could inform our understanding of ancient India.

The history which is tought in our schools is completely written by western people. It needs to b dumped.

Thanks for sharing this article on ancient Indian metallurgy. But the dating of Vedas seems to be wrong. Even Mahabharata war is estimated to be 5000 years old. Then how can Rig Veda, the first of the Vedas, be dated as only 3000 years old?? We will have to recheck the dates or interpretation of what is there in the Vedas.

How can i get this book aanf where

Captured this beauty at National Museum :)

But, I believe that the theories may even date back, coz mahabaratha is believed to have taken place around 7000 years ago, i.e 5000 b.c. Thus, we have to believe that either only copper existed durin the mahabaratha times or more metallurgy existed before mahabaratha and we did find more metals like bronze and iron even before the world got to know. Incredible India indeed. Proud vedic clans, we are!

The Indian metallurgy was so famous that the weapons in middle east and Arabian nations were made from Indian steel.