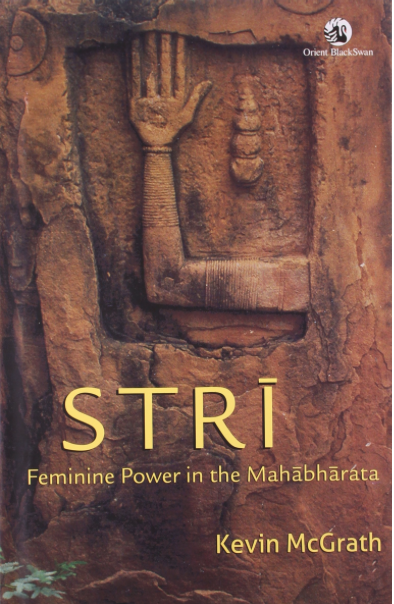 This book is a study of heroic femininity as it appears in the epic Mahabharata, and focuses particularly on the roles of wife, daughter-in-law, and mother, on how these women speak and on the kinship groups and varying marital systems that surround them. It portrays those qualities that cohere about women in the poem, which are particular to them and which distinguish them as women, and describes how women heroes function as crucial speakers in the generation and maintenance of cultural value and worth. This includes men who have been transformed into women and women who have been reincarnated as men. The overall method accomplishes an ethnography of text, describing a special aspect of the bronze age preliterate and premonetary world as it is represented by the actions and metaphors of Mahabharata. References to contemporary Indian cinema and popular culture support the narrative of the book, bringing modern valence to the arguments.

“McGrath has produced a painstaking examination of how Kunti, Gandhari, Damayanti, Savitri, Amba and Shakuntala function in the Mahabharata as a true mirror for princes, intervening at critical junctures of the narrative to take it forward by proclaiming the true dharma of rulers… McGrath makes an important contribution in bringing out the importance of the matriline in the epic.”— Pradip Bhattacharya, The Statesman

Congrats for writing a book.

Where can I get this book ??

Have you seen the sati stones? The pillars are portrayed similarly when a woman willingly commits a sati. Pic from Govt museum Egmore, chennai