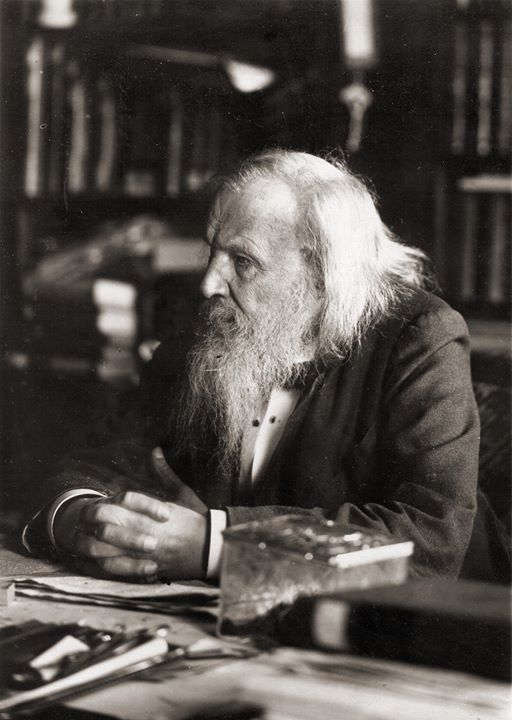 Essay:
How Sanskrit Led To The Creation Of Mendeleev’s Periodic Table
By Subhash Kak
Swarajya - November 21, 2015

How the two-dimensional structure of Sanskrit could have led to the creation of the periodic table.

It is an amusing fact that the original names used by Mendeleev for gallium and germanium are eka-aluminum and eka-silicon, where the eka, Sanskrit for one, has the sense of beyond. The prediction for the existence of these elements was made by Mendeleev in a paper in 1869, and it was the identification of these elements in 1875 and 1886 that made him famous, and led to the general acceptance of the periodic table. In all, Mendeleev gave Sanskrit names to eight elements in his periodic table. Here we speak of how the two-dimensional structure of Sanskrit led him to his momentous discovery.

Mendeleev was born at Tobolsk, Siberia, and educated in St. Petersburg. He was appointed to a professorship in St. Petersburg 1863 and in 1866 he succeeded to the Chair of Chemistry in the University. He is best known for his work on the periodic table, which was soon recognized since he predicted the existence and properties of new elements and indicated that some accepted atomic weights of the then known elements were in error. His periodic table formulated in 1869 remains one of the major conceptual advancements in the history of science.

Mendeleev arranged in the table the 63 known elements based on atomic weight, which he published in his article “On the Relationship of the Properties of the Elements to their Atomic Weights”. He left space for new elements, and predicted three yet-to-be-discovered elements including eka-silicon and eka-boron.

The earlier attempts at classification had considered some two-dimensional schemes, but they remained arbitrary in their conception. Mendeleev’s main contribution was his insistence that the two-dimensional should be systematic and comprehensive. In this he appears to have been inspired by the systematic arrangement of Sanskrit sounds in the standard ak?ara-m?l?, which he indirectly acknowledges in his naming scheme.

The information provided by essayist is for common folk amusement ( non scientific community) .He had used non scientific language explaining an important historical event ,almost playing with the common folk sentiments with term like 2 D effect of an ancient language reverend in India.

You are right! This essay is just crap