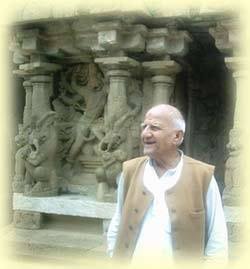 Dharampal firmly subscribes to the notion that, owing to the British rule, individualism of the indigenous has completely disappeared. His perception as to this is kindled by Gandhi‟s Chatham House speech in 1931. He refers to the decay of indigenous Indian education thus:

"I say without fear of my figures being challenged successfully, that today India is more illiterate than it was fifty or a hundred years ago, and so is Burma, because the British administrators, when they came to India, instead of taking hold of things as they were, began to root them out. They scratched the soil and began to look at the root, and left the root like that, and the beautiful tree perished. The village schools were not good enough for the British administrator, so he came out with his programme. Every school must have so much paraphernalia, building, and so forth. Well, there were no such schools at all. There are statistics left by a British administrator which show that, in places where they have carried out a survey, ancient schools have gone by the board, because there was no recognition for these schools, and the schools established after the European pattern were too expensive for the people, and therefore they could not possibly overtake the thing. I defy anybody to fulfil a programme of compulsory primary education of these masses inside of a century. This very poor country of mine is very ill able to sustain such an expensive method of education. (p. 348)

What is unfortunate is that the beauty of the tree had begun to fade down soon after the alien tree began to bear fruits. Dharampal maintains in his introduction to the work that Mahatma Gandhi‟s lengthy address at the Royal Institute of International Affairs, London on the 20th of October, 1931, asserted that it was unfortunate that literacy rates had steadily declined in India in the past 50-100 years. He strongly feels that the British were responsible for it.

The Beautiful Tree, by Dharmapal the Gandhian

More info on please who agrees?