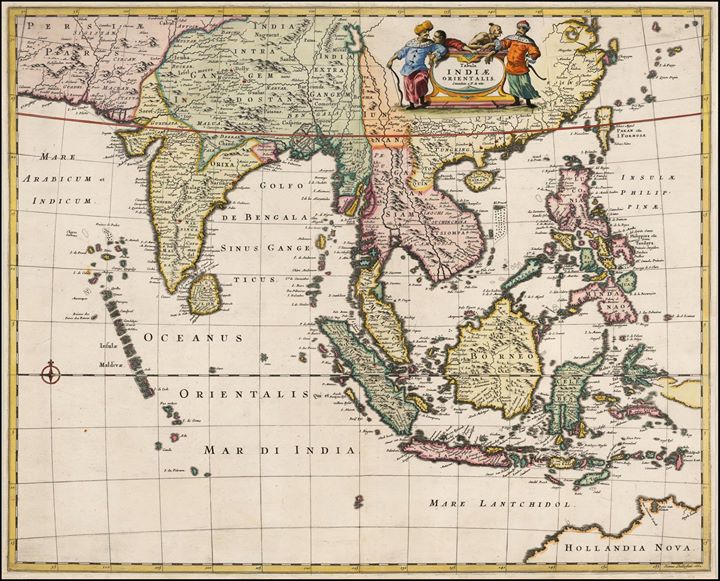 "...It is common for Indians to face the sarcastic question, “Which Indian are you? Aryan, Dravidian, Austro-Asiatic or Tamil, Assamese or Punjabi?” And it is even more common for Indians to resort to a shallow and incoherent defense of “unity in diversity” of the Indian people in the face of such questions. This apologetic response comes from a lack of not only an understanding of our history and civilization but also that of the others. When a British call himself a British, do we question which British—Scot, Irish, Welsh? Or Pre-Celt, Celt, Roman, Anglo-Saxon, Jute, Norse, Norman who invaded Britain at various points in history? Indians are faced with such difficulties because they accept the European concepts arising out of their unique historical experiences as “universal truths” and that too in a shallow manner."

The concept of the nation-state is a modern construct which evolved in Europe around the 17th century. It is a modern system of states which evolved in the Westphalian Order after the Treaty of Westphalia, 1648.As the political order of the medieval age came under question and the importance of the rule by consent was celebrated, there was a decline in the power and ability of church-monarch nexus to rule in the name of divinity.

The nation-state is a modern construct comprising a single nation as its dominant constituency, and nations are based on a common language, religion, ethnicity, history and myths. A modern nation-state is bound by a defined geographical area under a sovereign power. This concept occupies a central place in Western liberal political order.

The emergence of nationalism in India was the direct result of interaction with Imperialism and colonial modernity. But colonial rule in India denied the claim of India being a nation- state and presented it as a collection of of multiple and competitive feudal states.

The colonial rule also arrested the growth of modern institutions in India. The claim of self- governance for India was rejected by the simple colonial logic that India is not a nation but a collection of different communities and groups unified under the British imperial authority. To quote John Strachey, a British colonial administrator, “first and the most essential thing to learn about India is that there is not, and never was an India, or even any country of India, possessing, according to European ideas, any sort of unity, physical, political, social or religious, no Indian nation, no people of India, of which we hear so much”.

This had implications for the political unity of the country exemplified by MA Jinnah who said, “India is not a nation nor a country. It is a sub-continent of nationalities.” Therefore, it is not surprising that Indian politicians and intellectuals of the nationalist movement devoted a lot of effort to “proving” that India is a unified nation in the fashion of the European nations.

This line of argument has changed over time with the argument now being that although dissimilar to the European model, India is a nation-state too.

The map extends from China and the Philippines in the east, to the Indian Ociean in the West.

The many islands are clearly depicted, with ports shown as the most important information. The Celebes Islands were then being developed for the spice trade which would lead to hostilities among the European powers. This map served as the prototype for Speed's map of SE Asia, issued by Francis Lamb in the 1676 edition of Speed's Atlas.

If I could, I would give five stars for the map and the article by Abhinav P. Singh. Finally, its time to set facts right. India was united many times over before the Brits came or the Moghuls.

If I could, I would give five stars for the map and the article by Abhinav P. Singh. Finally, its time to set facts right. India was united many times over before the Brits came or the Moghuls.

Hindoostan, divided into Soubahs according to the Ayin Acbaree," a historical map of Akbar's India from Wilkinson's Atlas, 1815, - Southern half-

Absolutely adore everything related to