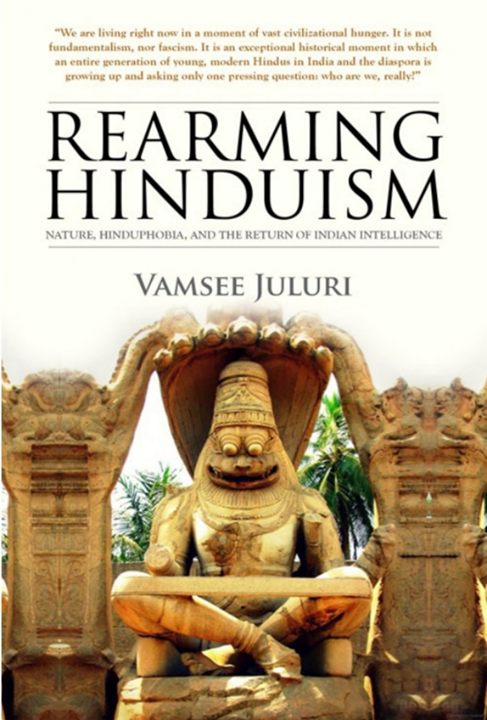 Rearming Hinduism is a handbook for intellectual resistance. Through an astute and devastating critique of Hinduphobia in today’s academia, media and popular culture, Vamsee Juluri shows us that what the Hinduphobic worldview denies virulently is not only the truth and elegance of Hindu thought, but the very integrity and sanctity of the natural world itself.

“For a civilization is not just buildings and machines, but its people, their thought, and their culture. It is a way of knowing the world, a way of giving meaning and value to the contents of life. It is a resource, most of all, for living intelligently.”

By boldly challenging some of the media age’s most popular beliefs about nature, history, and pre-history along with the Hinduphobes' usual myths about Aryans, invasions, and blood-sacrifices, Rearming Hinduism links Hinduphobia and its hubris to a predatory and self-destructive culture that perhaps only a renewed Hindu sensibility can effectively oppose. It is a call to see the present in a way that elevates our desa and kala to the ideals of the sanathana dharma once again.