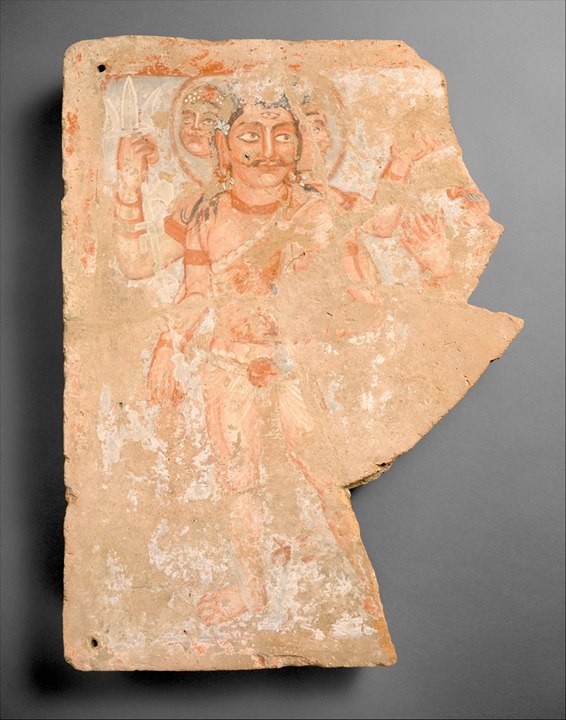 Panel fragment with the god Shiva/Oesho

This rare Central Asian votive panel depicts a deity (with nimbus) being approached by a worshiper, probably nonroyal but portrayed as of equal stature to the god. Compositionally, they follow scenes of homage and investiture from the post-Hellenistic West and from Iran in which a king and a god appear side by side. Along with the hands of a missing worshiper, the god Siva/Oesho is depicted. Four-armed and three-headed, with a prominent third eye, he wears an animal skin and a belted, diaphanous garment and holds a trident. Here, the rich intercultural style that developed in the Kushan realm is most clearly displayed: Indian divine iconography; the Iranian type of two-figured composition; and Greco-Roman naturalism in the drapery and pose, as well as in the use of light and shadow to suggest modeling. The panel has holes at the corners and was probably set up on the interior walls of a sanctuary, perhaps a family shrine.