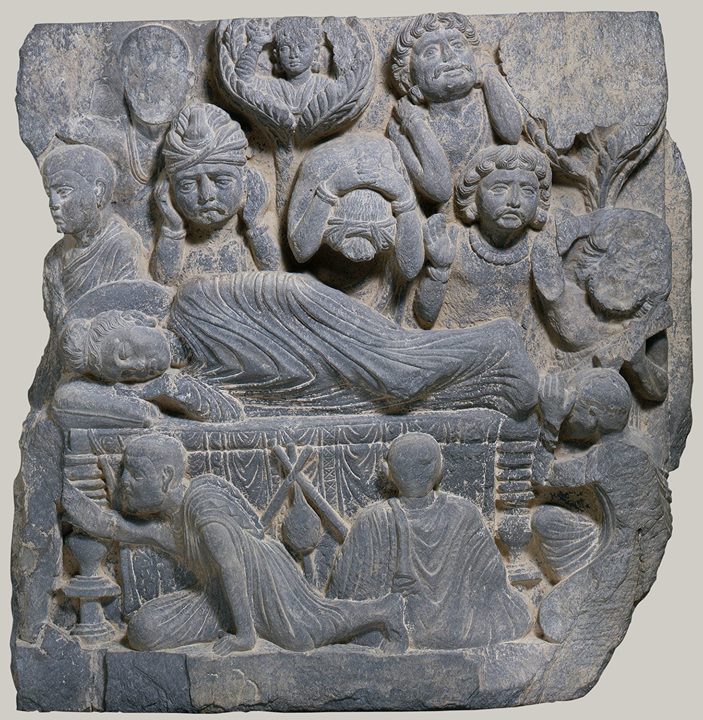 Digital Rare Book:
The Indian Buddhist Iconography
Mainly based on The Sadhanamala
By Benoytosh Bhattachacharyya
Published by Firma K.L.Mukhopadhyay, Calcutta - 1958

Image:
The Death of the Buddha (Parinirvana)

When the Buddha was eighty he died near the city of Kushinagara, breaking free from the cycle of rebirth and reaching nirvana. This panel, which would have been set into the harmika at the top of a stupa (relic mound), shows the Buddha surrounded by lay and monastic mourners in various states of grief. Their reactions are contrasted with the perfect calm of the monk with his back turned, Subhadra, who realizes there is no reason for sorrow, as the Buddha has reached nirvana. Iconic images of the Buddha's death, based on the Gandharan prototype, became important icons for veneration across the Buddhist world in following centuries.