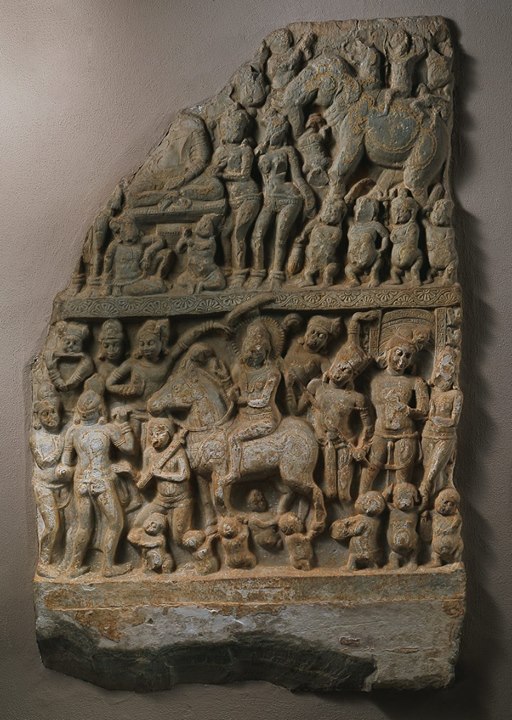 The Great Departure and the Temptation of the Buddha

The lower scene shows Siddhartha on horseback leaving his father's palace in order to seek enlightenment. A groom leads the horse, whose hoofs are supported by ganas (semi-divine dwarves), so the people of the palace will not be awakened. The other figures are divine beings that have come to witness his departure from the material world. Above, the Buddha's enlightenment at Bodhgaya is shown. The evil god Mara attempts to thwart Siddhartha first by sending his beautiful daughters to tempt him and then by attacking the Buddha with his army of demons, here shown as ganas brandishing weapons and riding an elephant.