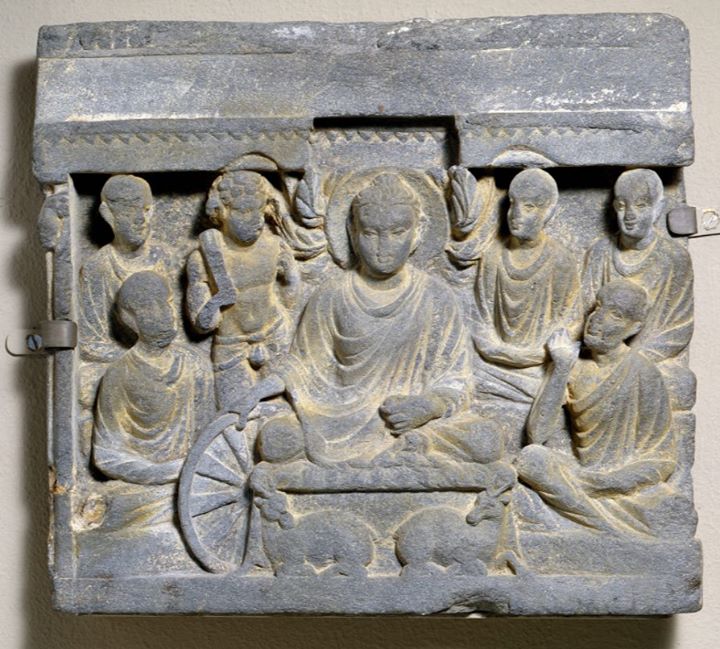 Digital Rare Book:
The life of the Buddha, and the early history of his Order
Derived from Tibetan works Bkah-Hgyur and Bstan-Hgyur
By William Woodville Rockhill (1854-1914)
Published by Turner & Co., London - 1884

The Buddha is shown teaching the first sermon to five ascetics who become monks; in this way, he establishes the monastic order. The Buddha reaches down to set in motion the wheel of the law—a well-established symbol of Buddhist teaching, or dharma. To the Buddha's upper right stands the protective deity Vajrapani holding a vajra (thunderbolt).