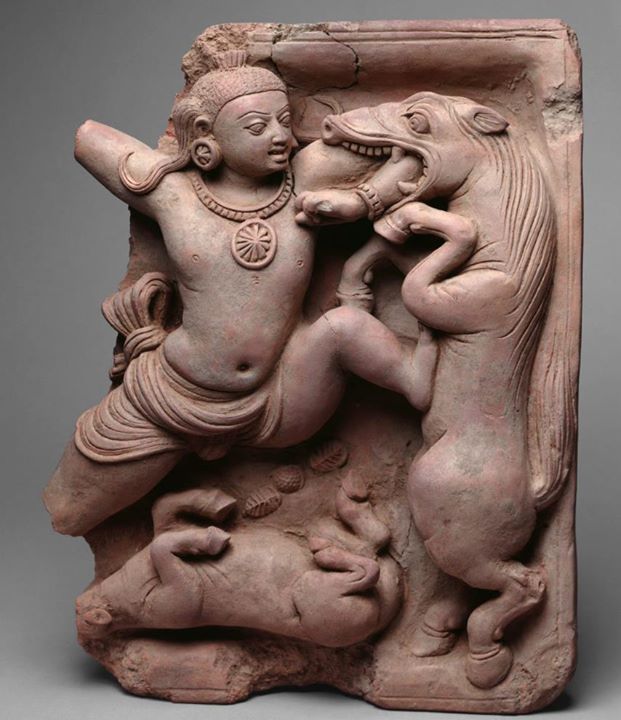 The Gupta period was the classical age of Indian culture and witnessed the first flowering of Hindu art. Fulsome forms and equipoise are typical features of Gupta sculpture. This superb plaque, which decorated a brick temple's exterior, is the only large Gupta terracotta in the Met Museum's collection. The relief's dynamic poses and vigorous modeling show a different side of the Gupta tradition, which is represented in the galleries mainly by single, static, hieratic figures in bronze or stone. It depicts an episode from the early life of the god Krishna, an incarnation of Vishnu, who periodically descends to earth to battle the forces of evil. Here Keshi, a mighty demon in the form of a horse, has been sent to destroy Krishna. The combatants glare at each other, eyes bulging: Krishna's from the intensity of resolve, Keshi's from the surprise of defeat, doubly indicated by the corpse of his horse below.