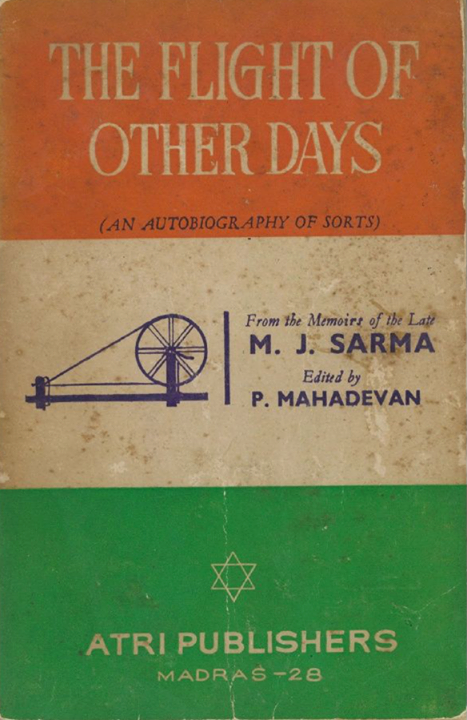 Digital Rare Book:
The Flight of Other Days
From the memoirs of the late M.J.Sharma
Edited by P. Mahadevan
Published by Atri Publishers, Madras - 1972

Summary:
A rare look back into the past. Before India got it's independence. During the freedom struggle. The setting up of the nation. But all of it told in a funny and candid, irreverent and honest way by the great Professor P. Mahadeven, who never kowtowed to the powers that be.